COVID-19 RESOURCES & NEWS
Something to Purr About: Continued Growth for Meow Wolf 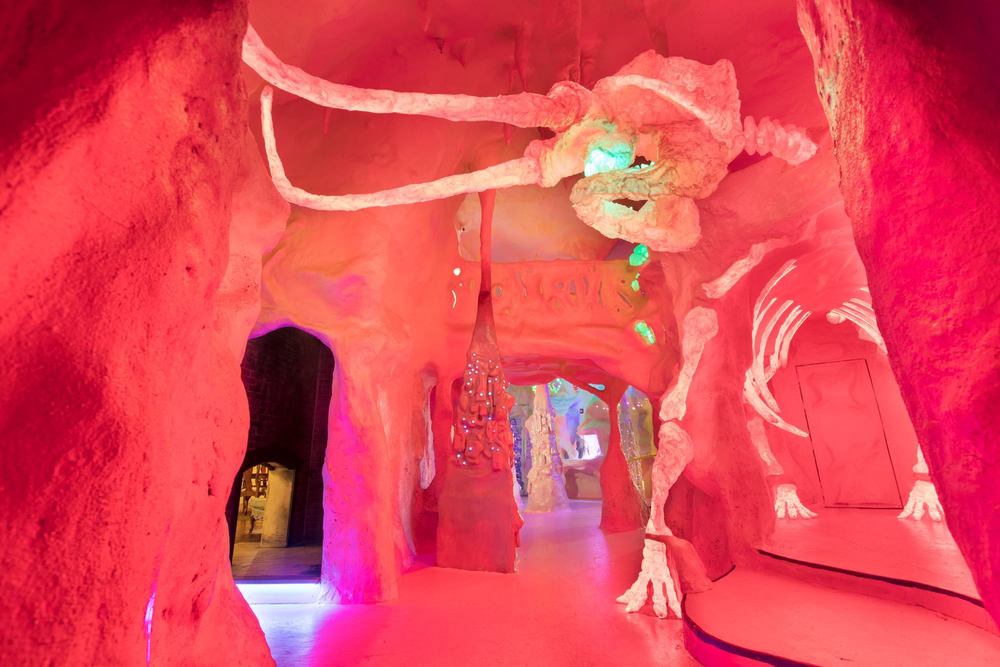 Downtown Phoenix is set to be one of the latest outposts of the group, with a 400-room art-themed hotel and a 75,000-square-foot exhibition space set for the Roosevelt Row Arts District. It’s a multi-year project, so it won’t be here immediately, but just the announcement is yet another big development for the art collective. Along with the exhibition space and hotel itself, there will also be a 10,000-square-foot performance space.

The rooms will be individually designed, and set to offer unique experiences such as capsule rooms, communal hostel spaces, over-the-top luxury suits, and even a faux-glamping experience according to the collective’s press release. Rooms will be designed by local artists, the collective promises, renewing the dedication to local art as well as the experimental and experiental. Meow Wolf is partnering with the Phoenix developer True North Studio on their hotel project.

Why add a hotel? According to CEO and co-founder Vince Kadlubek, “Guests are always asking about staying overnight inside of our ‘House of Eternal Return’ project in Santa Fe, so doing an intertwined exhibition and hotel just made sense to us.” Despite the long-term popularity of the Santa Fe attraction, Meow Wolf has felt a little backlash this year, with concerns that the space in Phoenix could dislocate art studios in downtown and south Phoenix and raise prices. But Kadlubek asserts that “our intention for this venture is to collaborate with the creative community in greater Phoenix to produce an authentic, local statement of expression,” and the collective is hardly the first new complex to bring gentrification issues to that part of Phoenix.

Meow Wolf’s original “House of Eternal Return,” was launched just three years ago in 2016, with financial backing from George R.R. Martin, the creator of Game of Thrones. The Santa Fe exhibition can be described as a multi-dimensional mystery house, replete with “portals” leading between rooms and scenes, secret passages that guests are free to uncover, and a surreal setting and colors. When it first opened, the collective’s edgy, outsider, DIY reputation was strong; to some extent that still is the case, even as Meow Wolf moves into the entertainment and amusement sector more widely and away from an art installation-only aesthetic.

This year, the collective is set to open its second permanent installation, located in Las Vegas, as well as its first theme park ride – in Denver, Colo. Located at the downtown Denver amusement park Elitch Gardens, the dark ride promises an immersive experience for guests. Called “Kaleidoscape,” it promises interactive elements in an amusement ride that Kadlubek says is a “true dream of ours.” The ride itself will be a prequel to a full-scale Meow Wolf space, a 90,000-square-foot attraction just off I-25. That will be a four-story attraction space, three times larger than the freshman iteration of Meow Wolf in Santa Fe. A site development plan approved by the city of Denver revealed a main lobby, gift shop/retail space, and a bar/music venue on the first floor. The second floor is reserved for staff offices and a conference space, while floors three through five will hold the art, according to renderings by project architect Shears Adkins Rockmore.

The off-Strip Las Vegas location of Meow Wolf is also going full-steam-ahead. With a planned opening late in 2019, it should beat the Denver location to the entertainment marketplace.

Created in conjunction with New York-based developers Fisher Brothers and Beneville Studios, it will be the first major tenant for what is being dubbed as Area15, “a unique concept of a wholly re-imagined world that weaves together immersive experiences, themed events, art installations, workshops, pop ups, restaurants, bars and nightlife,” according to the project’s press release. Meow Wolf’s space here will be 50,000-square feet, and serve as the anchor to what Kadlubek call “an experiental mall.” As with Phoenix artists, Kadlubek offers reassurances that Meow Wolf plans to work with under-represented artists in and around Las Vegas, and gear the project toward local-residents rather than tourists.

And there’s more ahead: the company is also planning a large-scale installation space in Washington, D.C. That location is scheduled to be 75,000-square-feet, and three stories. It will be located in the Fort Totten area of the city, and a partnership with the Cafritz Foundation. It’s scheduled to open in 2022.

Kudlubek says of this location that it should be an “ideal setting for the evolving Meow Wolf story universe.”

While the collective views itself as the purveyors of an “intergalactic, transmedia story… rooted in a community of underdogs who overcome ‘The Powers That Be,’” as Kudlubek explains, these are big business moves, announced in what is so far Meow Wolf’s biggest year yet. And one that promises to bring new audiences to the venues, both geographically and in terms of a family crowd ready to support the attractions.

Despite the collective’s reputation for the surreal elements of its original exhibition, children have flocked there. Kadlubek describes all as family friendly, and with appeal directed at locals as well as tourists in each of its new cities – as it is with the original Santa Fe location, he says. He defines the experiences as being “dazzling, inspired, and wild…unlike anything audiences have ever known before.”

The collective can definitely start purring. Kudlubek says there will be more expansion announcements throughout the course of the year. And as a cherry on top, 700 film-screens nationwide premiered the upbeat documentary “Meow Wolf: Origin Story.”

Perhaps the alternative universe the collective has created is about to parallel Marvel Entertainment’s world, for both the big bucks and name recognition.