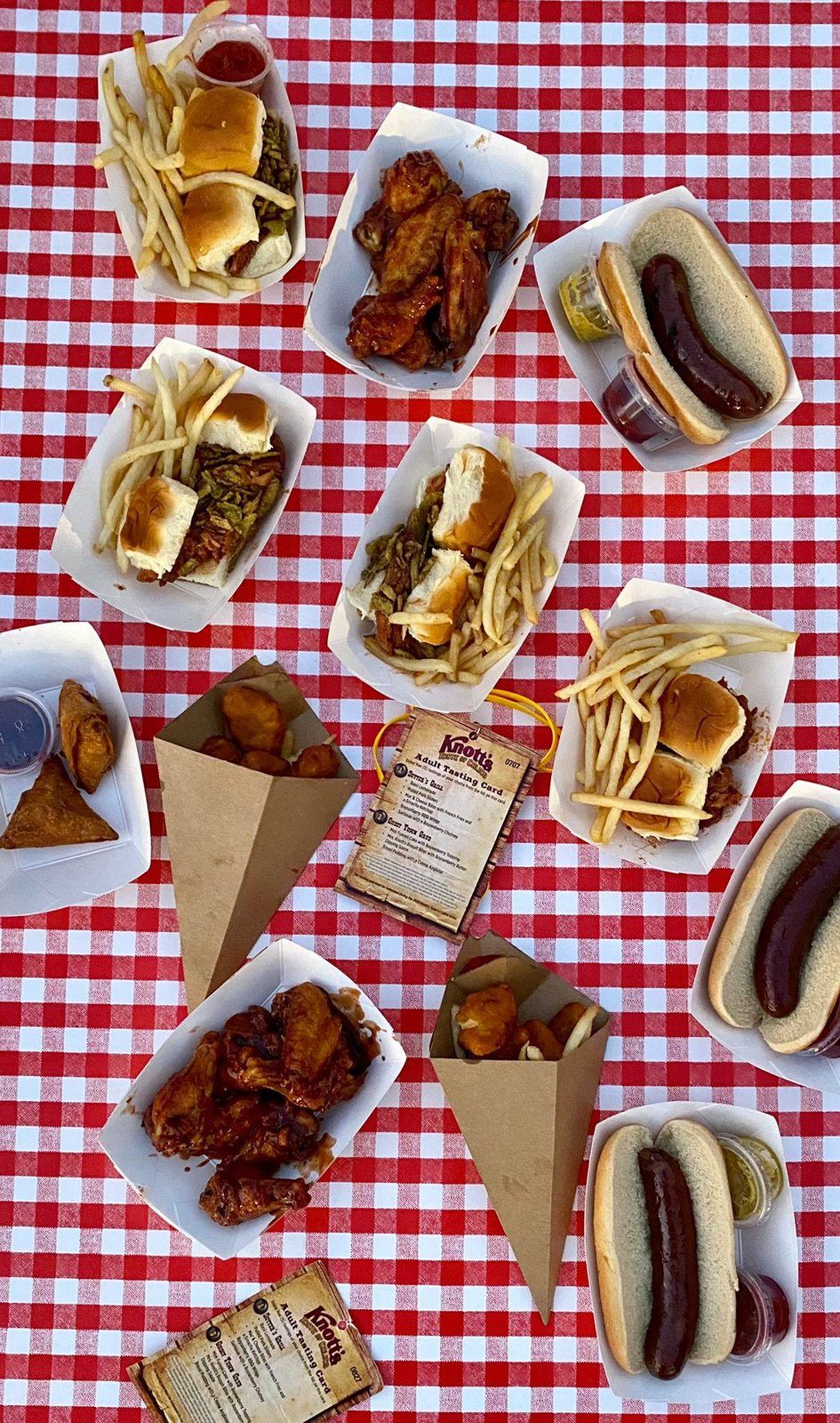 Theme parks have used food offerings, at least off and on, during the pandemic as a way to bring guests into the parks, sustaining interest in the attractions themselves and raising some revenue along the way. Along with some video views of favorite rides and on-line activities and games – such as those offered at LEGOLAND parks in all locations – serving up to-go items was one way to connect with would-be park goers who couldn’t attend the park itself for a while.

Many of these options have faded away as parks such as Skypark at Santa’s Village near Lake Arrowhead, Calif. reopened. While closed, the park offered specialty burgers and other favorites as to go while the park was closed – now that it is open with COVID-19 sanitation and safety requirements in place, the food pick-ups without park admission are gone. Oaks Park amusement park in Portland, Ore. has yet to reopen, but the attraction’s to-go fried chicken dinners are no longer being offered, despite the success of the program short-term.

However, during the weekends of July 17-19 and July 24-26, Knott’s Berry Farm’s Ghost Town wasn't ghostly at all. The still closed park offered an outdoor food event that allowed ticketed, limited-capacity guests to sample Knott’s classic cuisine – including the park’s well-known boysenberry treats – while the theme park itself remained closed. Running Fridays and Saturdays 4 to 10, and Sunday from noon ‘til 8, the event let guests stroll through that area of the park and visit some of the local crafters and shops that are also a part of the ghost town setting.

Entry and a tasting card to sample the event was required to be purchased in advance on the Knott’s website; the number of cards were unsurprisingly limited, and are required for every attendee. Passholders for this season received a 10% discount on the tasting card.

The menu is extensive and varied, with menu selections from the park’s Sutter’s Grill, Ghost Town Grub, Fireman’s BBQ, Wilderness Broiler and Dance Hall Patio, Judge Roy Bean, and the Gourmet Churro Factory among others.

For a park that began with a roadside stand selling boysenberry pie and jam, that traditional theme is evident with a major boysenberry theme. The park included treats such as a mini boysenberry cookie and ice cream Cookiwich, boysenberry wine and beer, and a boysenberry stuffed mini churro. There was steak chili with a boysenberry cornbread muffin, Boysenberry BBQ Wings, vegetarian Samosas with a Boysenberry Chutney, and everything from mini funnel cakes to Mrs. Knott’s Biscuit Bites with Boysenberry sauces and toppings. From smoothies to an icee float, the purple berry is everywhere.

Of course, with 23 offerings in all, options that don’t include the sweet fruit were available too, such as Pulled Pork Sliders, Mac & Cheese Bites with French Fries and a Sriracha Ketchup, and Roasted Corn with Butter and Cotija Cheese. Gluten free and veg options were also available.

Along with the food, the opened shops in this area of the park included Flores Honey, the jewelry of Creative Sea Creations, the Build a Beanie experience, Celtic Rings, and crystals, baby goods, ring stamps, and other crafted gifts.

The event is basically a limited capacity, private ticket version of the Knott’s Boysenberry Festival.

Knott’s followed the standard COVID-19 health and safety protocols along with limiting event capacity that included a specified date for admission. The park conducted temperature screenings, using socially distanced protocols, and provided extensive sanitization during the Taste of Calico events. Mask wearing is required; however guests can remove masks while dining.

Store occupancy was limited to less than 50% of capacity. Queue lines for shops and dining featured 6-foot apart ground markings; seating for the tastings were also be appropriately distanced.

Taste of Calico tasting cards were $25 for five food tastings and $15 for three tastings for ages 3-11. Under two, children are admitted free.

On July 15, Epcot at Walt Disney World in Orlando reopened and kicked off the annual Epcot Food and Wine Festival, which will run through autumn. The event features food served at a variety of international “marketplaces” throughout the park; tickets for tastings are $14.99. Guests must already have park admission reservations to attend. There are 20 individual marketplaces scattered throughout the park; socially distanced queue lines, face masks, except when dining, and the park’s limited capacity are all in place. From African dishes such as the plant based Spicy Kenyan Vegan Corn and White Beans with Pigeon Peas, and Piri Piri Skewered Shrimp with Citrus-scented Couscous to pizza, pasta, and cannolis from Italy, and meaty Brazillian dishes such as Crispy Pork Belly with Black Beans, Tomato and Onions, attendees will find many vegetarian, vegan, and gluten-free options. One marketplace is comprised entirely of Impossible plant based “meat,” with dishes such as Impossible™ Farmhouse Meatball with Lentil Bread, Spinach, Marinated Vegetables, and Creamy Herb Dressing and the Impossible™ Burger Slider.

And festival aside, other dining options are opening at Disney World as well - guests can now make dining reservations online up to 60 days in advance.

Not to be left behind, SeaWorld in Orlando also held its own July food festival, which was also postponed from spring, the Seven Seas Food Festival markets featured craft beer served from a different brewer each weekend. Streetfood-centric, the festival took place at SeaWorld’s Lakeside Patio. Menu items were available for individual purchase as well as being part of the festival punch-card system. A different international market took place each weekend: July 17 – 19: Mexican Market, July 24 – 26: Italian Market, July 31 - August 2: North Atlantic Market, and the All-American Market on August 7 – 9.