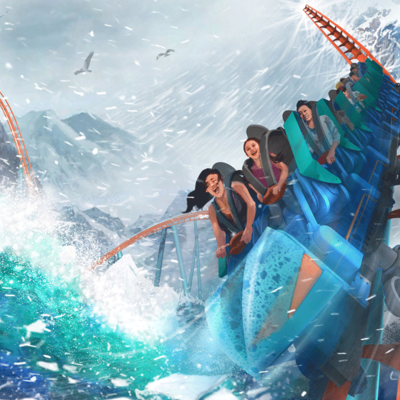 Sea World Delayed Opening of the New Ice Breaker Roller Coaster
Sea World Orlando has yet to announce an official opening for the new thrill ride.

Along with the closures, limited reopenings, and restrictions, the amusement park and waterpark industry has seen that while parks focus on downtime for maintenance and upgrades, many attractions originally slated for openings are delayed or postponed; events originally proposed for this year have moved out at least a year.

Interim SeaWorld Entertainment CEO Marc Swanson said that while the parks had made “significant progress” on the construction of 2020 new rides and attractions, reaching “almost 90%” of completion, depending on when re-openings are scheduled and restrictions, they parks are looking at pushing attraction openings to 2021.

Several new rides such as SeaWorld San Antonio's Texas Stingray wooden coaster and the water slide Tonga Twister at Aquatica also in San Antonio opened prior to the temporary closures.

Approved by the state of Florida in early June, SeaWorld welcomed back guests at three of its Orlando-based parks, SeaWorld Orlando, Aquatica Orlando, and Discovery Cove on June 11th. There is no new information about the dates that new attractions will open at these properties.

What was announced however are new health and safety rules: both staff and all guests two and up are required to wear masks in the park, with signage throughout reminding guests of this policy, and about social distancing.  Ride lines also have ground markings indicating where guests should stand for separation. And, encouraged payment options include contactless Apple Pay, Google Pay and Samsung Pay. As Disney has planned, parades and character meet and greets will be limited, distanced, or removed; restaurant seating will change for spacing; rides and waterpark pools will run with limits on capacity.

Additionally, enhanced cleaning and widespread hand-sanitizing stations will take place across the park; temperature screenings will be required of staff and guests alike; animal interactions and viewings will be modified and socially distanced; and a new online reservation system will help regulate park capacity.

Elsewhere in Florida, Universal has delayed construction of its new Epic Universe theme park in Orlando. The park was set to open in 2023, but with Universal seeing a 32% decline in revenue, and construction delays due coronavirus shutdowns, it may be a year late. That said, with over $300 million dollars of construction underway, park spokesperson Tom Schroder says it's not about money, its “timing only” as the park looks to “work within a changing environment.”
At Disney's Epcot, the refurbishing that was to have begun May 26th of this year, for Spaceship Earth's upgrade into the Spaceship Earth: Our Shared Story attraction has been delayed. At present, Spaceship Earth will remain as was.

But the interior of the new Remy's Ratatouille Adventure ride is primarily complete, and was scheduled to open this summer at a newly enlarged France Pavillion. However, the attraction won't open until early 2021. With the park's need to place limitations on capacity, no new attractions will open at Disney World this year.

Meanwhile in California, the planned 2021 opening of SeaWorld's new Sesame Place theme park, a conversion of its Aquatica water park in Chula Vista could be affected by construction delays. SeaWorld Entertainment CFO Elizabeth Gulacsy said “We did temporarily pause construction across all of our projects.”

Also in California, Knott's Berry Farm, a Cedar Fair park, postponed their 100th Anniversary event, set for this year, until 2021. A park information bulletin noted that regardless of what date the park reopens this year, “to observe and respect social distancing…we have made the decision to postpone this much-anticipated event…”

The park has also postponed its annual Ghost Town Alive! interactive experience with the return of this role-playing event expected in the summer of 2021.

But whenever the park will reopen this year, the new interactive Knott's Bear-y Tales: Return to the Fair ride will open with the park. And in the meantime, Knott's Chicken-to-Go Restaurant, Farm Bakery, and the Knott's Berry Market in the California Marketplace are now offering orders to-go. The park has extended its season passes through the 2021 season; while parks are closed, monthly pass payments are paused.

Cedar Point, also a part of the Cedar Fair family, has postponed its own 150th Anniversary Celebration to 2021, and has also postponed the Snake River Expedition ride, Town Hall Museum and Celebrate 150 Spectacular nighttime parade and show. 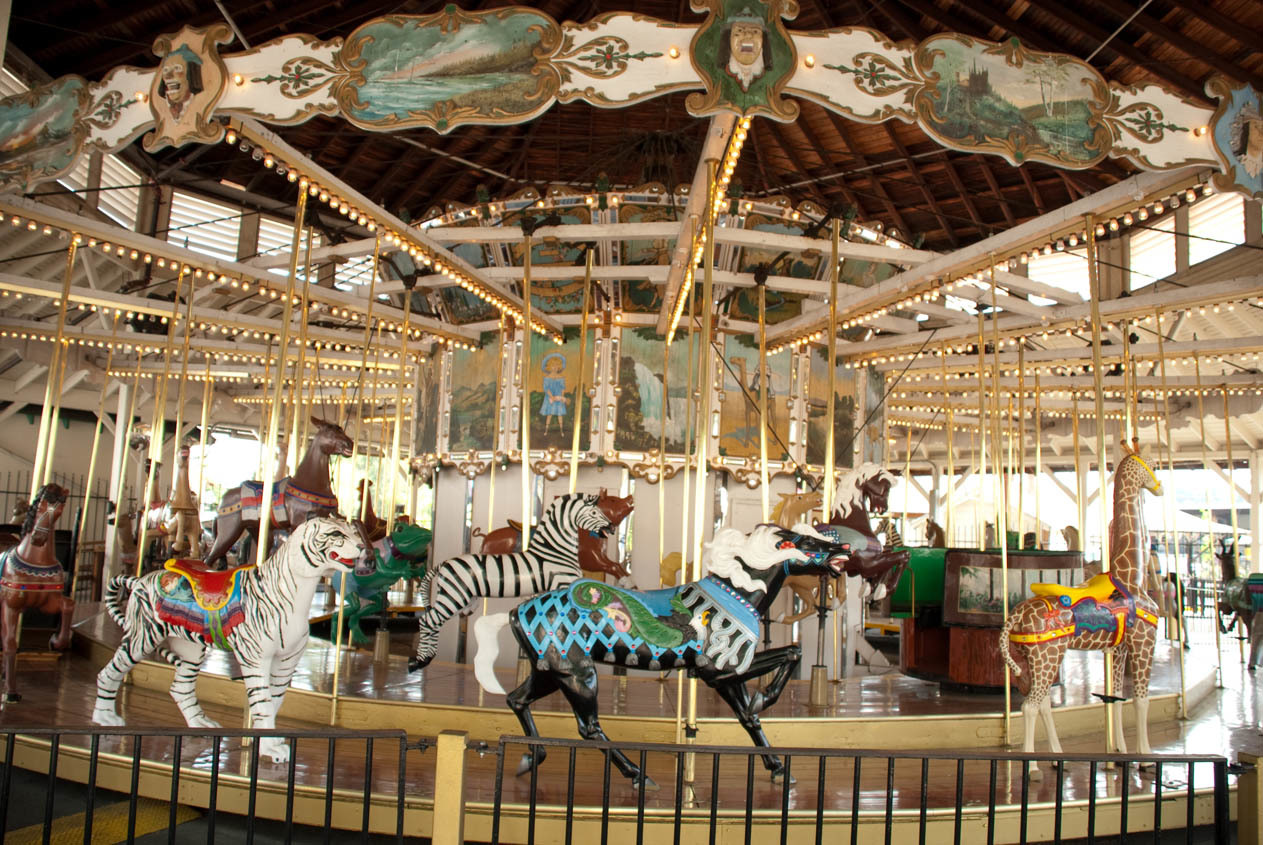 Portland's Oaks Park Association marketing and events director Emily MacKay says the amusement park staff is “healthy and that is the most important thing. We are having ongoing meetings as a management team to create operational procedures to protect our guests and staff using the guidelines recommended by the state and other health organizations. Now we are just waiting for contact from the state as to what our limitations will be and from the county regarding when the phases of reopening will begin.” The park's chicken dinner take-out is now available two days a week, and has been very well received, she reports.  And, MacKay reports that the park is focusing on “painting and restoration projects throughout.” She adds that “Our new major attraction, AtmosFEAR, just arrived at the park and we're beginning installation of that.”

In New York state, Legoland's continuing construction was delayed due to a ban on all non-essential building. The theme park is still set to open in 2021, but there is no specific opening date at this time. Most of the rides were in the process of construction at the time of the mandated stoppage.

Sea World Orlando has yet to announce an official opening for the new thrill ride.

Carousel at The Oaks Park