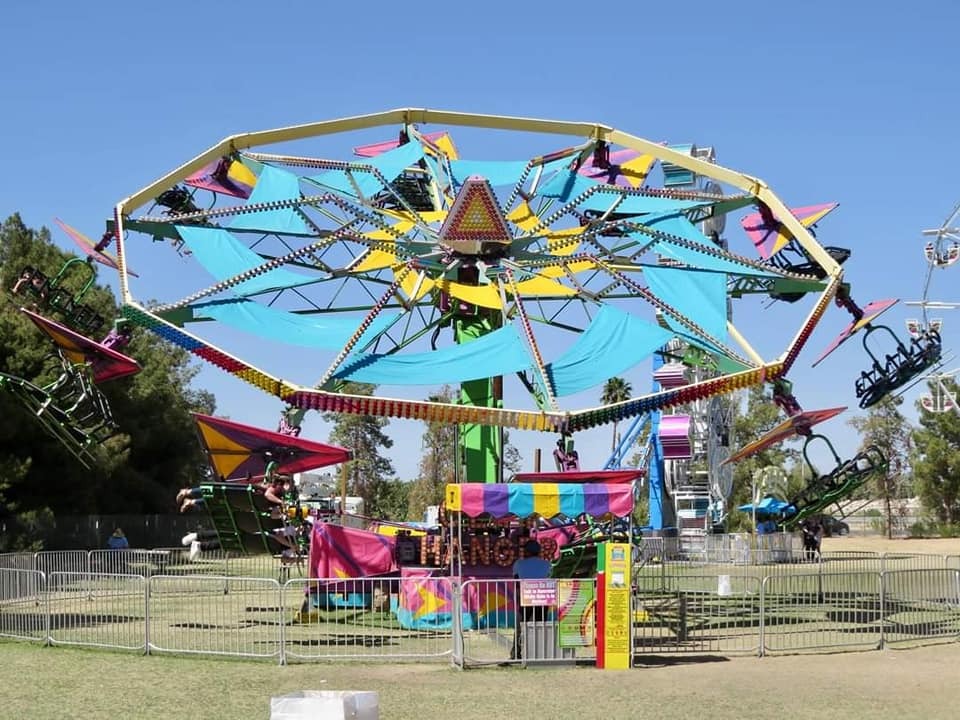 Schepf Farms Agritainment Park
Kastl Amusements teamed up with Schepf Farms to provide rides for a seasonal amusement park in 2021.

Re-openings, promotions, and a few new attractions: this is how theme parks are beginning to make things happen again throughout the U.S.

In Arizona, a new type of themed attraction appeared for a limited time. The 300-acre seasonal Schepf Farms Agritainment Park, themed with areas such as Potato Park, Radish Row, Corn Country, Cotton Corner, and Peach Pit is now offering 25 amusement park rides including a Ferris Wheel and train ride. While the park is no stranger to hosting several vintage amusement rides, adding over 15 rides at one time is something new for the attraction, which opened February 25th and runs through the 30th of May. Due to the pandemic, the farm park operates at 35% capacity to allow for social distancing. The ticketed event is part of the attraction's 80th anniversary commemoration. Along with rides, the celebration includes a variety of games, food, and an evening movie. The event was popular enough to extend it; it was originally scheduled to close at the end of April. Operating Thursday-Sunday, tickets are $27.99; a season pass costs $99.


RELATED STORY:  Kastl Amusements Sees a Light at the End of the Pandemic Tunnel

In Oregon, Oaks Amusement Park reopened. Their website announced that “The Oaks Park Association is thrilled to announce that our rides, mini golf, and midway games are now reopen on a limited-capacity basis! After a historic period of closure, we are excited to welcome your family to once again connect with an iconic piece of local history while enjoying safe, wholesome, family fun on the midway.” Current hours through June 13th are 12-7 Friday-Sunday, after which expanded summer hours are offered. Prior to their reopening the park offered a drive in music event called Mix Tape Revival on Fridays, from February 19th through March 25th. The event offered live bands playing covers of top 80s and 90s hits while listeners rock out and sing along safely in their own cars. Guests could submit what the park is calling “careoke” videos to win prizes during the show. On Saturdays, starting February 20th, running through the end of March, the park also offered an in-car music event. Portland's live music scene was displayed through live socially distanced concerts, with on-stage live acts streaming their sound into car radios. And for one weekend only, February 25-27, guests were invited to a drive-in screening of the Disney hit Frozen. The park also offered pop-up roller skating in one end of the locale's parking garage; and a drive-in comedy show in February as well. Piquing guest interest for the park's now scheduled reopening, Oaks Amusement Park also tested it's new AtmosFear thrill ride during those early months of 2021. 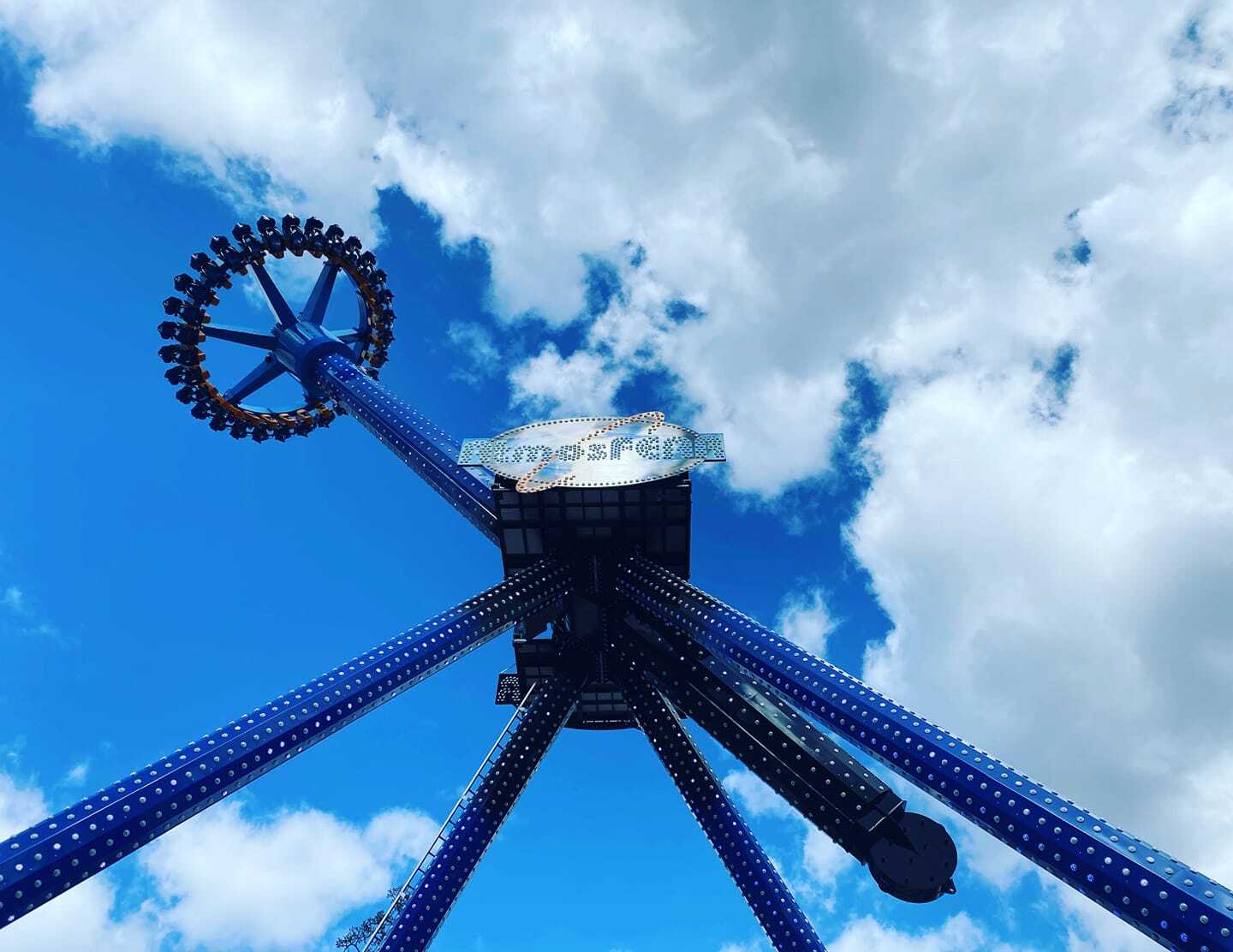 Even in California, one of the most restrictive states in regard to theme park openings, things have finally changed.

At Legoland California in Carlsbad, the park readied for a full reopening in mid-April by throwing open the doors to its Castle Hotel on February 12th, just in time for the Presidents' Day holiday weekend. The castle-themed rooms offer a novel family stay experience that can also be paired with a retail one, with the resort's Big Shop location also now open for in-store visits. Along with buying a bevy of a new Lego products, visitors to the Big Shop could take in three Lego models from the Fox-TV program Lego Masters, with the first, second, and third place winning sculptures now on display with no admission fee. And SeaWorld San Diego reopened as a zoo and aquarium prior to reopening its amusement rides with one new attraction to lure guests: an educational entertainment called Rescue Tails which introduces guests to some of the park's rescued animals, from primates to reptiles at the outdoor Nautilus Amphitheater. Food service was also back ahead of the rides, with passholders receiving 50% off on items including new selections like glazed salmon, meatball sliders, and loaded “Totchos.”

In Anaheim, prior to reopening April 30th, Disney's California Adventure planned the arrival of a food festival to stave off a bit of Disney fans' hunger for a park experience. Approximately 1,000 laid-off Disney employees returned for the food and beverage festival that allowed guests to walk through areas of the park, shop for food, drinks, and souvenirs, and take in entertainment experiences. Downtown Disney and Buena Vista street dining, which had reopened only to reclose due to California safer-at-home restrictions during the holidays, were allowed to reopen for outdoor dining as well as shopping before the park itself.  Both Disneyland and California Adventure theme parks re-opened to the public on April 30, gradually increasing capacity.

There were also treats on the menu at Skypark at Santa's Village in Skypark, Calif., from gingerbread and other baked goods to handcrafted burgers, pizza, soup, and salad. The park has long been open to outdoor activities, from ice skating to the zipline to mountain biking trails – subject only to snow conditions. A pedal car ferried visitors through an “ice cave.”. At the outdoor Sky Pavilion on Saturdays and Sundays, families could still view the park's puppet show, Wacko the Magician and Stories of the Northwoods. The archery range and Floki's Frozen Falls climbing wall were also open. The bike park and more will remain open all summer.

Food also played a part in various reopening park promotions: Dollywood in Pigeon Forge, Tenn. Reached out to lure guests by combining a season pass with a free loaf of the park's classic cinnamon bread. Silver Dollar City in Branson, Mo., offered a new Gold Pass that includes among its perks a souvenir mug with reduced refills of beverages all season.

In Orlando, it was announced last week that both Universal Studios and Disney would no longer be requiring masks in public area.  Sea World parks announced that vaccinated employees would be given the option to wear masks while working.

In short, along with new attractions and events, parks are working to make a long-delayed visit even more fun.

Kastl Amusements teamed up with Schepf Farms to provide rides for a seasonal amusement park in 2021.