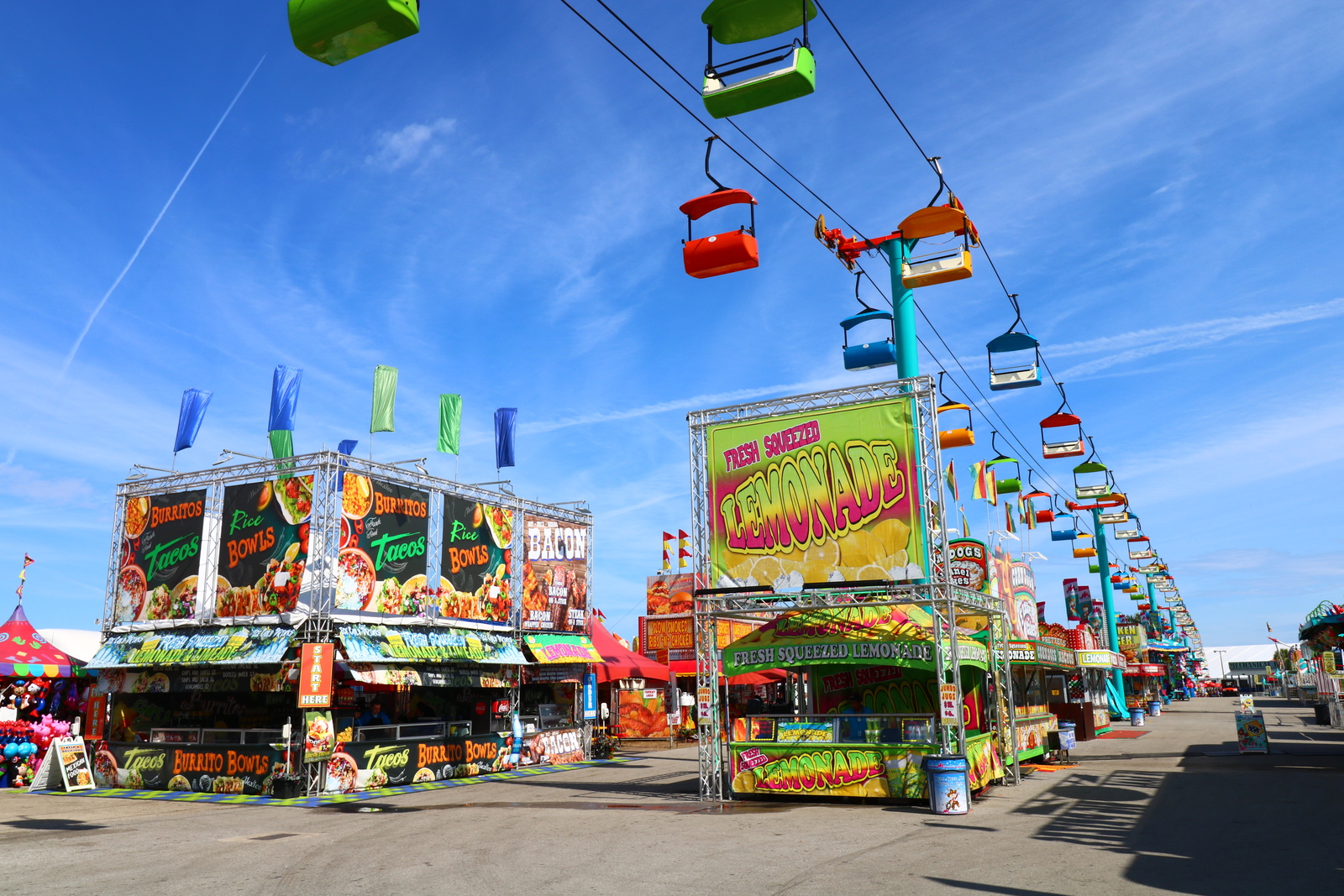 The 2020 South Florida Fair saw an increase in attendance over 2019
The fair, held in January, took place prior to the COVID-19 pandemic, attracting over 396,862 patrons. Photo by Matt Cook

Needless to say, 2020 was a year unlike any other, and for the CarnivalWarehouse.com Top 50 Fairs list, that sentiment certainly bears true.

2020 started off well enough, the first big fairs of the year, the San Antonio Livestock Show and Rodeo, the Fort Worth Stock Show and the South Florida Fair, all held in January and February, were all either even with 2019 or up, in the cases of Fort Worth and West Palm.

Then the Florida State Fair and Florida Strawberry Festival ran in Hillsborough County, with 900,000 or more people between the two events, collectively lasting over 4 weeks into early March.  Though there was talk of the Coronavirus at the time, no mitigation measures were advised or taken and the events ran as normal, both showing small decreases in attendance compared to 2019.  The Central Florida Fair also ran into March, with almost 200,000 people attending the event.

The first cases of Covid-19 were recorded in late February/early March in these counties but interestingly, none of the events caused any “super-spreading”.

As news of the virus spread, and reports of its deadliness, especially to the very elderly or health-compromised was made known, the country began to take measures to slow the spread and large events came to a halt.

In Florida, several county fairs, including the Collier County Fair, the Indian River Firefighter's Fair and the Sarasota County Fair, were cut short or canceled and then the Miami-Dade County Fair and Exposition, one of the largest in the state, was canceled on opening day.

In Texas, the Houston Livestock Show and Rodeo began their run, but on March 11th, they were ordered to close, cutting what is usually the nation's largest event short. 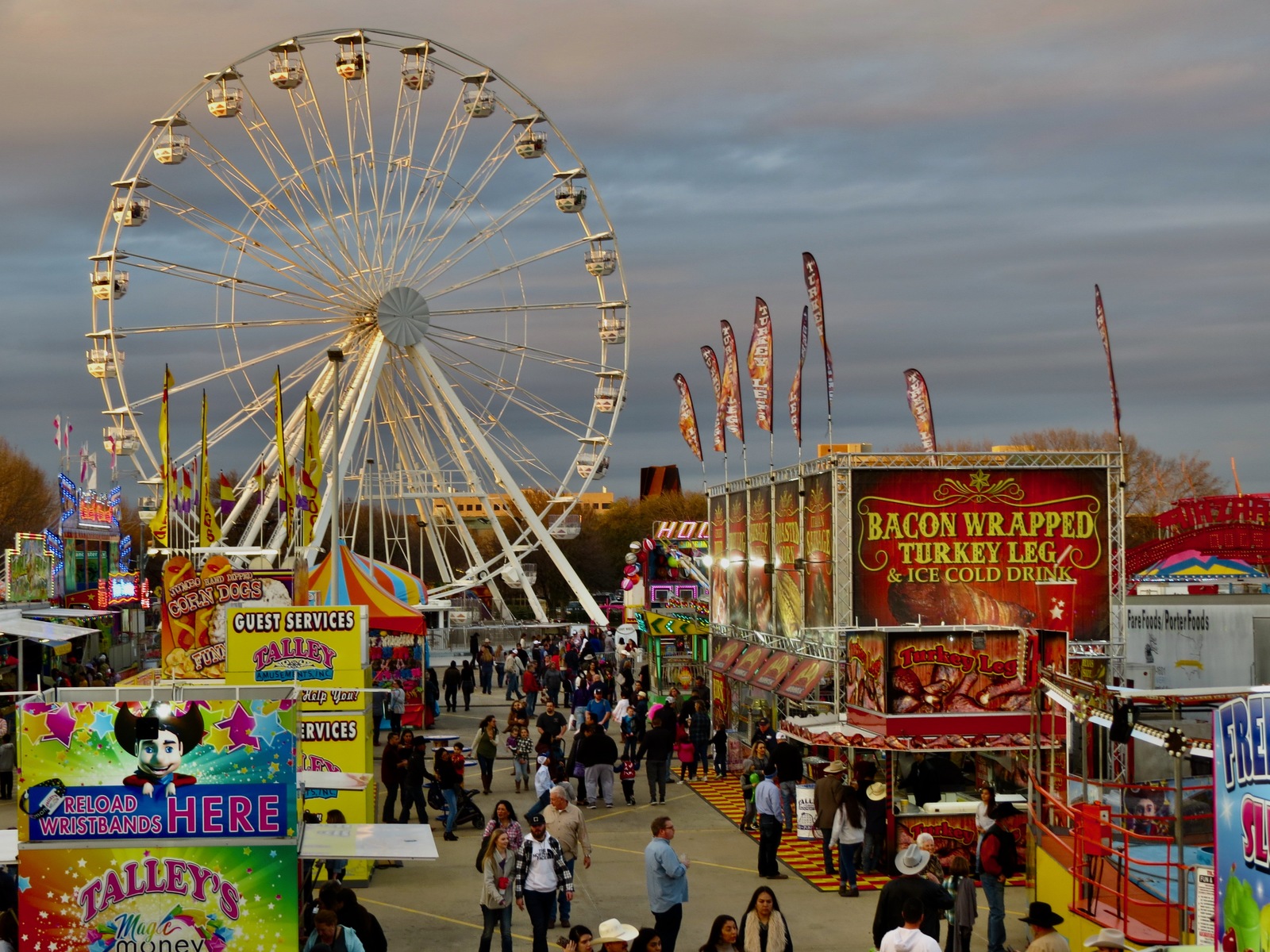 The Fort Worth Stock Show went off in January without any issues, attracting 1,267,500 guests.  Photo by Steve Hinz.

Despite initial optimism about opening later in the year, as time went on, more and more fairs pulled the plug or “postponed” to 2021.

As fair after fair canceled, there were a hearty few that began plans to run their events using CDC and local health department guidelines.  They believed they could run their events safely and provide a much-needed boost to their communities.  One of the first events to open was a festival in May in Oklahoma, which reported brisk business, but it was the Delaware State Fair, July 23 - August 1, that was the first major event to open using a 67-page reopening plan developed by the fair team.  “We had a strong plan, and we hit the ground running, The DPH made some adjustments, but we were always in communication”, said Danny Aguilar, Assistant General Manager, Delaware State Fair.

The fair canceled its grandstand entertainment, utilized tiered pricing to control crowds, developed a comprehensive cleaning and sanitation plan with its carnival, Wade Shows, and in the end, with the industry's eyes upon it, they held a safe event that did not cause community spread of SARS Cov (2).

Other events, such as the Sioux Empire Fair, the Ozark Empire Fair and the Wyoming State Fair, also ran in the Summer, but the Delaware State Fair stood alone as the only major event to run on either coast during the pandemic.

Most of the events that ran in 2020 were impacted by capacity limits and mitigation measures.  They canceled entertainment and even stretched the run of the fair to keep daily attendance down. By and large, fairs saw a decrease in attendance but there were a few bright spots, including the Wyoming State Fair, run by manager Courtny Conkle in her inaugural year, which saw an 38.5% increase in attendance.  The Pensacola Interstate Fair which runs in late October and November, reported that attendance was even with 2019, despite having been impacted by a hurricane during its run.  One fair even started operations in 2020.  The rural-Tennessee Tri-County Fair kicked off its first event with great success, according to reports.

In all, an estimated 50 or so county, state and local fairs ran in 2020, with other smaller, independently promoted events adding to the list.

For the first time, we had to pare our annual Top 50 list down to a Top 20, but we did attempt to cover all the major events that ran in 2020.  Some privately promoted events such as the Georgia State Fair do not disclose attendance numbers, but the list includes the vast majority of major fairs for 2020 and lists comparisons with 2019.

As might be expected, the fairs that ran pre-pandemic fared the best, with the San Antonio Livestock Show and Rodeo topping our list with 1,900,000 attendees.  Other events including the pre-pandemic Fort Worth Stock Show, the Florida State Fair, and the Florida Strawberry Festival  returned to the list.  An abbreviated Houston Livestock Show and Rodeo, with 850,822 and the Mississippi State Fair with 369,987 were the only other returners from 2019.

While the Pensacola Interstate Fair has made the list int he past, this year marked its return after a several year hiatus.

In all, 10,138,265 people attended the top fairs in the US in 2020, millions less than in 2019, but those that did run showed the industry that events can be run safely and effectively with proper planning and assistance from local officials.

The fair, held in January, took place prior to the COVID-19 pandemic, attracting over 396,862 patrons. Photo by Matt Cook