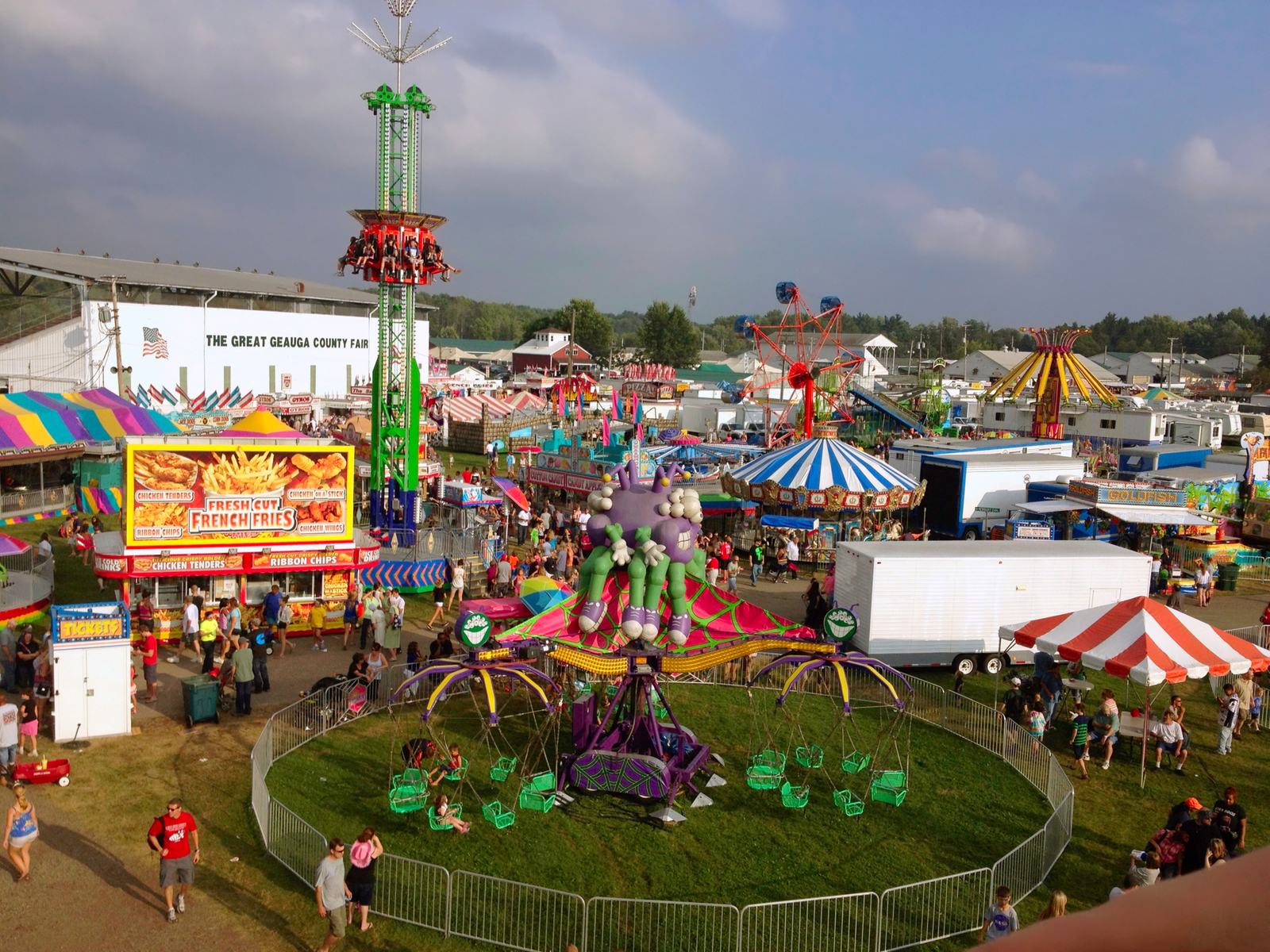 In the long anticipated legislative response to one of the worst midway accidents in recent times, Ohio's “Tyler” law went into effect this fair season. Named after Tyler Jarrell, an 18-year-old from Columbus who died in a fatal accident at the 2017 Ohio State Fair, the new law sets what the Department of Agriculture describes as a new ASTM standards for ride inspections as well as increased inspections and mandating that either the manufacturer or a registered professional engineer review any areas of “fatigue or corrosion.”

“Tyler Law is about ensuring ride safety by identifying and mitigating fatigue and corrosion,” said David Miran, Chief of Division of Amusement Rides & Safety, Department of Agriculture. “From the DOA perspective, it changes the numbers of inspections and inspectors. It doesn't change the inspection, but requires us to point out and handle corrosion and fatigue in a different manner. It is a mitigation strategy that will make rides safer.”

This emphasis on corrosion is understandable. The earliest reports on the incident that resulted in the death of Tyler indicated the most likely cause of the fatal ride collapse was corrosion. The ride – the KMG Fireball – 18 years old at the time of the breakdown – was described as “six rows of seats that spin around 40 feet above the ground as the entire structure moves like a pendulum. A video posted online appears to show several people on the Fire Ball seconds before parts of the structure, including a full row of seats, split up and fell. The ride broke apart while in motion.”

Albert Kroon, product manager for the Dutch manufacturer, said in a statement that an investigation determined “excessive corrosion on the interior of the gondola support beam dangerously reduced the beam's wall thickness over the years. This finally led to the catastrophic failure of the ride during operation.”

Ohio ride inspectors had cleared the Fire Ball for operation, and Amusements of America, who provided the fair's midway for decades, performed all the usual daily inspections and maintenance checks required by the manufacturer and prevailing laws and guidance.

The Tyler law revises how rides are classified, breaking down rides into four categories: “Low Intensity Rides": (All kiddie rides, carousels, go karts, and inflatable devices designed for children 48 inches and under); "Towers"(Any amusement ride, other than a roller coaster, whose main body components exceed 20-feet in height); "Roller Coasters" (Main body components exceed 50 feet in height) and “Intermediate Rides,” ( adult rides that are not coasters or towers).

The key innovation to inspector protocols is: “Annually perform a complete visual inspection of a ride's structure including removing access panels where possible to do so. Special attention shall be given to structural members and their connections for signs of fatigue or corrosion. If fatigue or corrosion is found, the owner will discuss the findings with the ride's manufacturer and implement mitigation strategies.”

Rides where contacting the manufacturer is not feasible – usually for rides that have been resold and reconditioned or where the original manufacturer is no longer in business – are now designated as “Orphan Rides,” where in lieu of the manufacturer, “If fatigue or corrosion are found, the owner will discuss the findings and implement mitigation strategies as recommended by the registered professional engineer.” 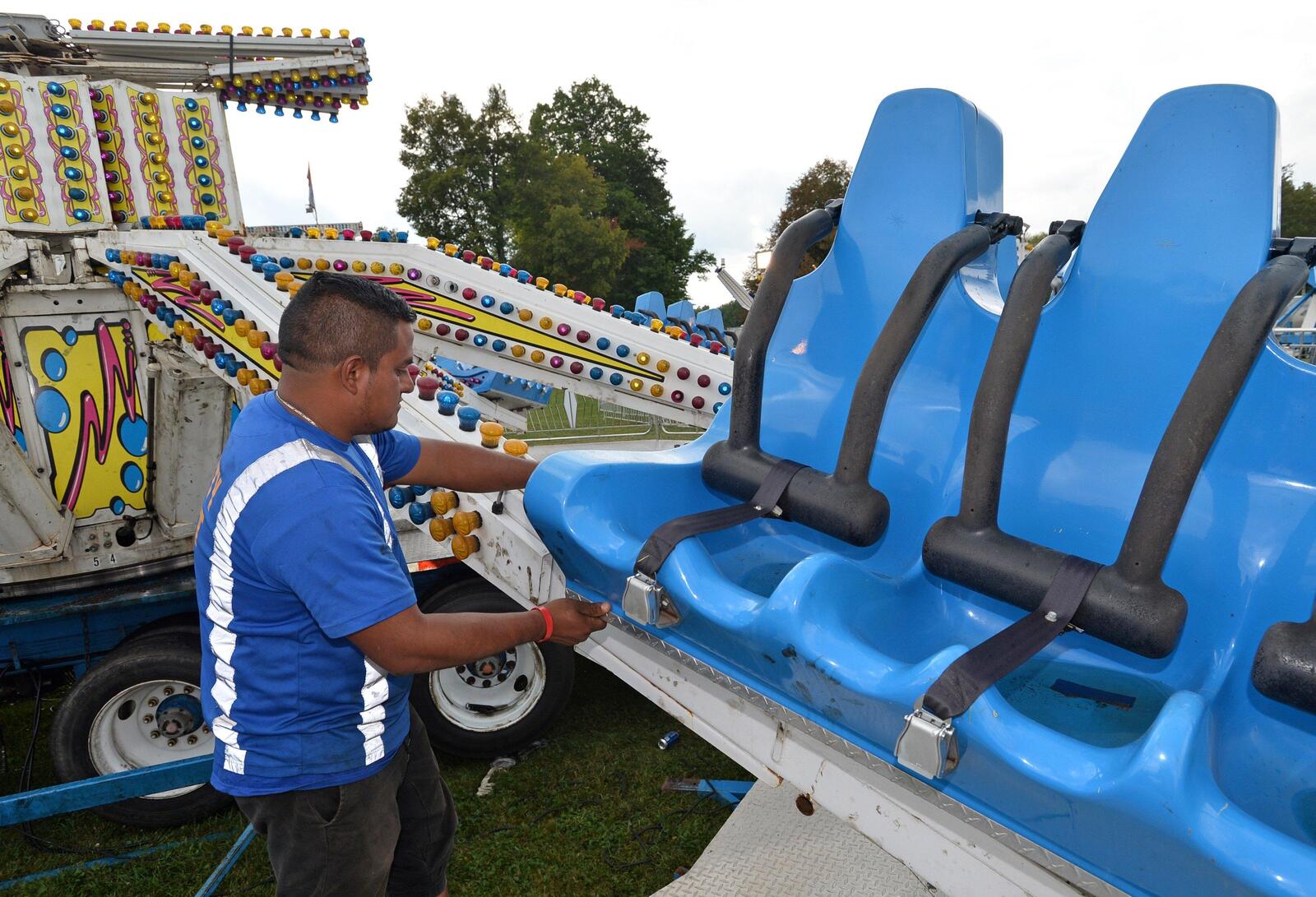 Another new requirement is the “documentation of the visual inspection and the findings shall be made available to ODA for review. Additionally, the documentation shall be maintained for the life of the ride and transferred to any subsequent owner. The ride owner shall ensure compliance with the mitigation strategies, if any, pursuant to the recommendations made by either the manufacturer or registered professional engineer where applicable.”

It's this documentation aspect that is causing some initial trepidation among carnival companies working in Ohio. The reality is that most manufacturers are either unable or unwilling to send an engineer onsite to inspect any issues, so documenting means photographing the corrosion and sending the pictures to the manufacturer for them to assess and prescribe the mitigation strategy. It's that step that is causing consternation and confusion among carnival industry members because it essentially is asking the manufacturer to make a determination based solely on photographical evidence, opening up the liability potential for the companies.

It's this documented interaction with a third party that makes Tyler Law unique among ride inspection laws. The new law went into effect in April and everyone involved admits to a learning process still unfolding. One manufacturer, who requested not to be named, told Carnival Warehouse, that they are not responding to any Tyler Law requests, under advice of legal counsel. Other companies seem more cooperative, or have a wait-and-see attitude, mainly because the law and the concept are so novel that the learning process is still ongoing.

“The state is about ride safety, and we want to ensure all the rides are safe and if that means Ohio is on the vanguard of that, I'll gladly take it,” said Miran.
Ohio's Fair season – 95 fairs, most of which were cancelled last year – begins in late spring. In June, Miran said that inspections have taken place at two fairs and for “all the rides at Kings Island and all the theme parks and family centers. We've had a large number of inspections, it's a learning curve. It's a tight knit ride community in Ohio, all our inspectors have gotten full cooperation and they've addressed issues that have been raised. We're all learning from each other.”

The DOA has taken a multi-pronged approach to educating ride operators and manufacturers through informational releases, YouTube videos and teleconferencing. “There were some difficulties, but manufacturers were very quick to provide answers. There were issues of fatigue and corrosion, but manufacturers got back to them with documentation. Everyone has been tremendously supportive in terms of ride safety.” 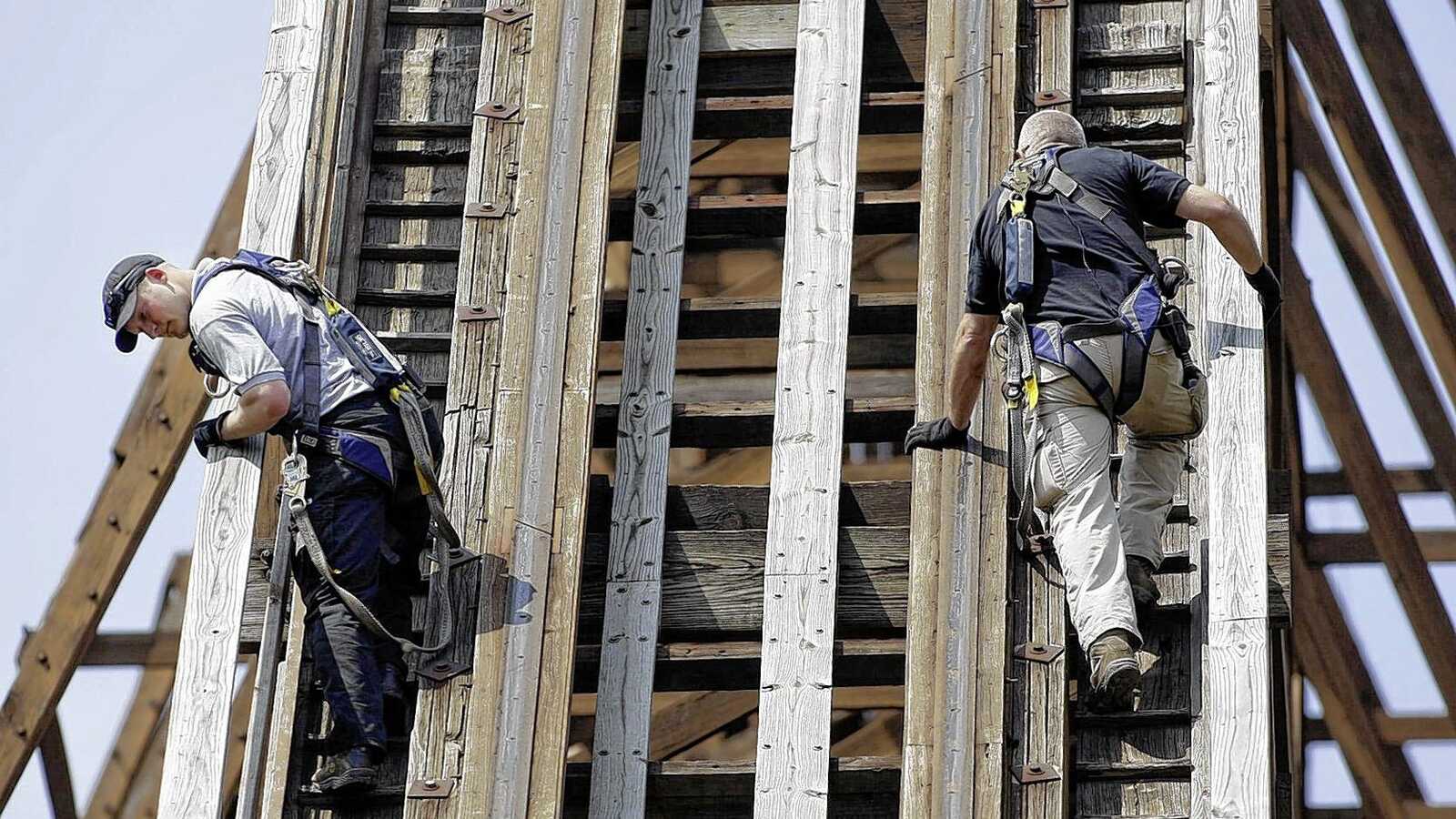 
Eric German, Communications Director, Greater Ohio Showmen's Association, said that the DOA has been working with ride operators, “and that has made things a little easier to pass inspection. Carnivals are up and running, some had issues, nobody likes surprises. We're adapting to it, like anything new, it's something you need to adapt to.”

He said that there have been “issues,” mainly “pitting and rust” that would not have been hampered by previous inspection. “Nobody is missing any openings,” he said. “It's another layer of inconvenience, carnivals and ride companies should be planning ahead and do what they have to do to be in compliance. It's a burden, it adds time and everybody's busy. There's corrosion and rusting that's just on the surface, but inspectors are seeing it differently. They are holding things to a higher bar.”

For Eric Bates of Bates Brothers Amusement, Tyler Law presents a large burden, especially when introduced during a very unsteady comeback time after a year of cancellations and devastated revenues. “It's very difficult, very cumbersome, and the problem being that the state sat on a whole new law for whole year. There's nothing like it in the rest of the country. They could have begun the education nine months ago. It's very hard on the industry.”

And added cost for the carnival company, with Ohio engineers charging $125 per hour, according to Bates. He expressed frustration that the Tyler Law creates a new category of corrosion and a burdensome protocol to resolve it – while the corrosion that caused the Fireball accident of 2017 was internal. “You need to x-ray the structural tubing,” he said.


Albanese Amusement needed to hire a private engineer for a remanufactured Strawberry Ride. “The DOA were looking extremely into the rust and pitting,” said Michael Albanese. “For out of state carnivals, I would recommend they have all their ducks in a row before they get here. I'd hate to see a fair lose a couple of days of their midway.”

Anticipation of the Tyler Law inspections seems to be more difficult than complying with the new mitigation protocols. “I was feverous thinking it was going to be hard to pass or that they were going to pick on every little thing, but we had a very good inspector and it was very educational,” said Randy Kissell of Kissell Amusement. “The inspection itself took a little longer than usual.”

Three of his large rides had pitting and rust issues, and only one of them was an Orphan Ride. Aside from the documentation, the fix required was minimal, mainly repainting. Before Tyler Law, Kissell admitted that the actual “fatigue and corrosion” and where it was located on the ride was “something I would never have noticed before. It would have passed inspection before. But we want everybody to be safe. We want to be able to sleep at night.”