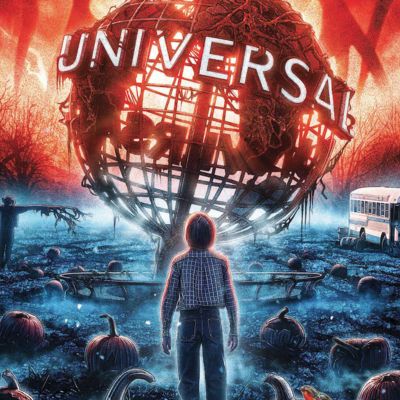 In the world of theme parks, one of the biggest Halloween season disappointments may be Universal Studios’ cancellation of its annual fright fest, Halloween Horror Nights.

Canceled at both the Orlando, Fla. location and the Universal Studios Hollywood location in Los Angeles, Calif., the event normally lasts close to a month or more. The CA-based park has yet to open per state pandemic guidelines; in Florida, increased safety and health steps necessary for the event were cited by the management as being difficult to implement while still handling daily park operations.

The event itself, made up of walk-through mazes set in elaborate, often confined sets, and using live scareactors, would be almost impossible to run socially distanced. Event goers who already purchased tickets can receive a full refund, or use their tickets for next year’s event.

The Netflix series Stranger Things, which has been subject of one of Halloween Horror Night’s mazes in previous years, will still be making an appearance however. Secret Cinema –which is also planning to make immersive experiences based on Disney Films starting in January – is partnering with Netflix for an October drive-through exhibit in Los Angeles, with a still-to-be-determined location in downtown LA.

It will be a one-hour, ticketed experience going on sale this week at $59 per car. Guests will drive into the fictional town of Hawkins, circa 1985, visiting the show’s Starcourt Mall. Promotional materials assert “Expect real-life locations from the series and mind-blowing audio and visual effects.

The Stranger Things event is a bright spot in a sea of Halloween event cancellations or scale-backs at theme parks this year.

Six Flags is running it’s Halloween events, but with modifications. Staff and guests, as well as scareactors will wear face-masks; guests and staff will undergo daily temperature checks as well. Viewing areas for outdoor entertainment will separate guests by six feet. There are no indoor mazes, haunted houses or shows. Scare zones and haunted trails will be strictly outdoors, and with social distancing enforced. Also, the number of scareactors will be limited, and six feet away from both fellow actors and guests. It will run weekends only at Six Flags Great Adventure, Six Flags Fiesta Texas, Six Flags Over Georgia, Six Flags Over Texas, Six Flags St. Louis, Six Flags America, and Frontier City.

During daylight hours, Hallowfest will focus on a Trick or Treat trail, outdoor, child-friendly mazes, magic shows, and costume contests.

According to Six Flags president and CEO Mike Spanos, “Given the current environment, we are taking special precautions this year and offering our guests a version that is still scary, provides lots of thrilling rides and Halloween fun, and most importantly, is safe for our guests and team members.”

Busch Gardens Tampa Bay also announced that its annual Halloween event, Howl-O-Scream, will return for its 21st year, but also with modifications that focus on outside scare zones and entertainment, as well as limiting park capacity. This event will run as well on weekends only, and face masks and temperature screenings will be required for guests, staff, and performers. Outdoor performances of the popular Fiends show will be held.

SeaWorld will also be running Halloween and holiday events at their parks, but has not yet offered details.
Meanwhile, although not running Halloween Horror Nights is a sure to be a monetary disappointment for Universal Studios theme parks, Universal Orlando is outperforming Disney in Florida. The park has received an economic credit from Orange County, where it is located, to assist with the cost of construction and removal of a pipeline running through the construction night for its upcoming Epic Universe. The credit is for $5-million dollars.

To stimulate attendance without HHN, the Orlando park is offering a buy a day, get a year free discount for Florida residents. Pricing is $164 on the park’s website and allows admission to both Universal Studios Florida and Islands of Adventure through December 24th, 2020.

Sea World is also offering a similar discount with a Fun Card offer that combines the purchase of a day at the park for admission until the end of the year. The Fun Card is available on Sea World’s website for $109.99, also for Florida residents only.