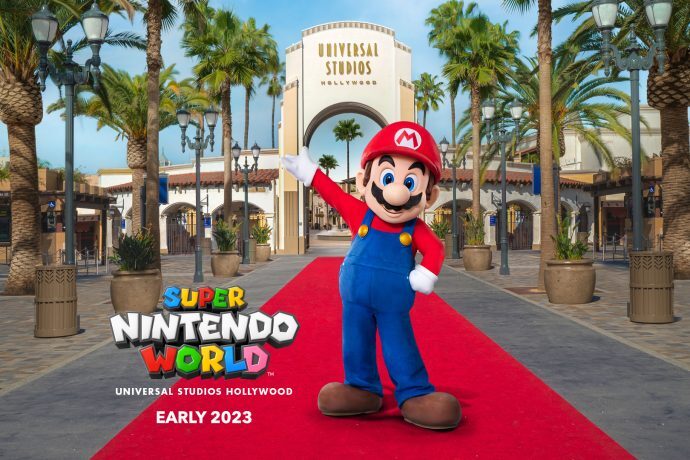 Super Nintendo World is coming to Universal Studios Hollywood
The new themed land is scheduled to open in 2023.

Super Nintendo World is coming to Hollywood – Universal Studios Hollywood, that is. The theme park is set to launch this new area of the venue, featuring a ride, themed shopping, dining, and interactive areas. It began with the launch of an all Nintendo-themed retail store earlier this year near the park's main entrance, which has been selling apparel and souvenir items that is themed to Mario and Luigi clothing and hats as well as plush versions of characters Yoshi, Mario, Bowser and Luigi.

But the store was just the beginning, as Universal Hollywood sets its sights on recreating the complete themed Nintendo area already popular in Japan, where the studio's theme park opened Super Nintendo World last year. Japan is set to debut a new Donkey Kong themed section of its Super Nintendo World. The new Donkey Kong area at the Japan location will feature a new roller coaster and a variety of interactive experiences.

According to J.L. Bonnier, Universal Studios Japan president and CEO, “Super Nintendo World creates a whole new level of theme park entertainment and has quickly become an exciting, must-do experience for our guests.”

But here in the U.S., following its retail store introduction, Universal Studios Hollywood has presented a first view of what will be the signature ride for Super Nintendo World. The ride is Mario Kart: Bowser's Challenge, and it should be ready for riders in early 2023. Interactive in nature, the inspiration for the ride is the Mario Kart game series. It will be housed inside Bowser's Castle. 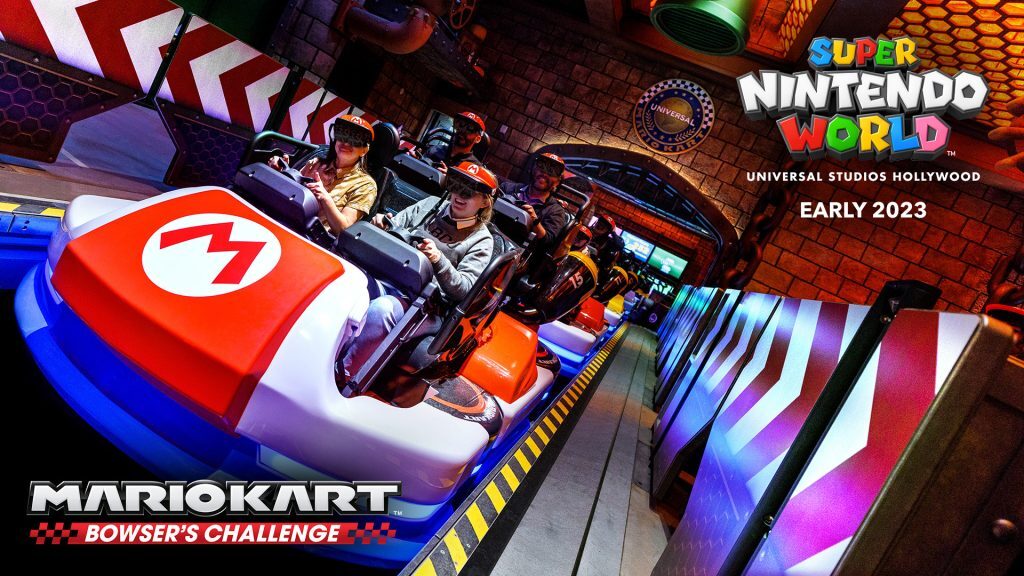 When completed, Super Nintendo World will feature a second ride as well, Yoshi's Adventure, and a second castle, Peach's Castle. Nintendo fans will set food in a world that includes augmented reality elements. And with Mario Kart: Bowser's Challenge, they will team up with Mario himself.

The land will be structured so that park guests will enter the area through a “Warp Pipe” heading directly into Bowser's Castle. In the castle, they'll enter four-seat Mario Kart vehicles in a stadium type setting. Once situated in the vehicle, they will put on mounted goggles that allow an augmented reality.

Once equipped, they'll receive a signal to start a race, and steer along a moving track through a variety of different racecourses – an underwater world, a skyward course through the clouds, and more, as participants in Team Mario. Together they compete against Team Bowser, collecting coins to defeat them and win. Along the way, they'll interact with other Nintendo favorites including Princess Peach and Toad and pass through the game's classic piranha plants.

A statement from the Universal Studios Hollywood team notes that the ride will have a simple premise that is also “inspiring and challenging and will appeal to guests of all ages regardless of gaming experience,” terming it “an intriguing and repeatable ride with a variety of outcomes.”

The complex ride will be similar to the one that is already drawing guests, located at Japan's Super Nintendo World, which opened last year. There, the ride has a different name however, Koopa's Challenge.

Universal Studios Hollywood describes their ride as a “multi-sensory cornucopia of color, sound and movement,” one which will invite riders to traverse environments familiar to them from the Mario Kart game, “through the creative use and integration of head-mounted augmented reality goggles.” The press release continues describing the attraction as a true first, as it “seamlessly fuses augmented reality with projection mapping technology and actual set pieces along a moving ride track to debut a ride that's unparalleled anywhere within the theme park industry.”

Developed in partnership by Nintendo and Universal Creative, Super Nintendo World is located within a newly expanded area of Universal Studios Hollywood.

Due to the more compact footprint of Universal Studios Hollywood as compared to Universal's Japan and Florida locations, the construction of the land will utilize less real estate. Hollywood is only getting the one Mario Kart ride so far, although the Yoshi-themed Mount Beanpole was being constructed at press time and will likely hold a version of the interactive family game.

Super Nintendo World will also be soon making its debut in Florida as a part of Universal Orlando Resort's Epic Universe. But although Hollywood's Super Nintendo World has an official opening time frame, Epic Universe in Orlando does not, only revealing that the new area is set for opening at the latest in summer 2025. However, construction is moving rapidly at the Florida location, which is positioned approximately two miles from the existing Universal Orlando Resort. A Yoshi ride is also taking shape there, indicating that a more complete Super Nintendo World may arrive in Florida prior to a finished area in Hollywood, although Mario Kart: Bowser's Challenge will open in Hollywood just next year.

And Super Nintendo World is also currently in development for Universal Studios Singapore at Resorts World Sentosa, reportedly by 2025.

Along with the forthcoming Donkey Kong area in Universal's Japan location, the Japanese iteration will soon be debuting a large-scale parade featuring Nintendo characters, likely later this year. Called the No Limit! Parade, it will mark the first – but undoubtedly not the last – joint project taking place between Universal Parks and The Pokemon Company, as it will include not just Nintendo characters but also characters such as Pikachu in the parade.

It's a Super Nintendo World, after all. 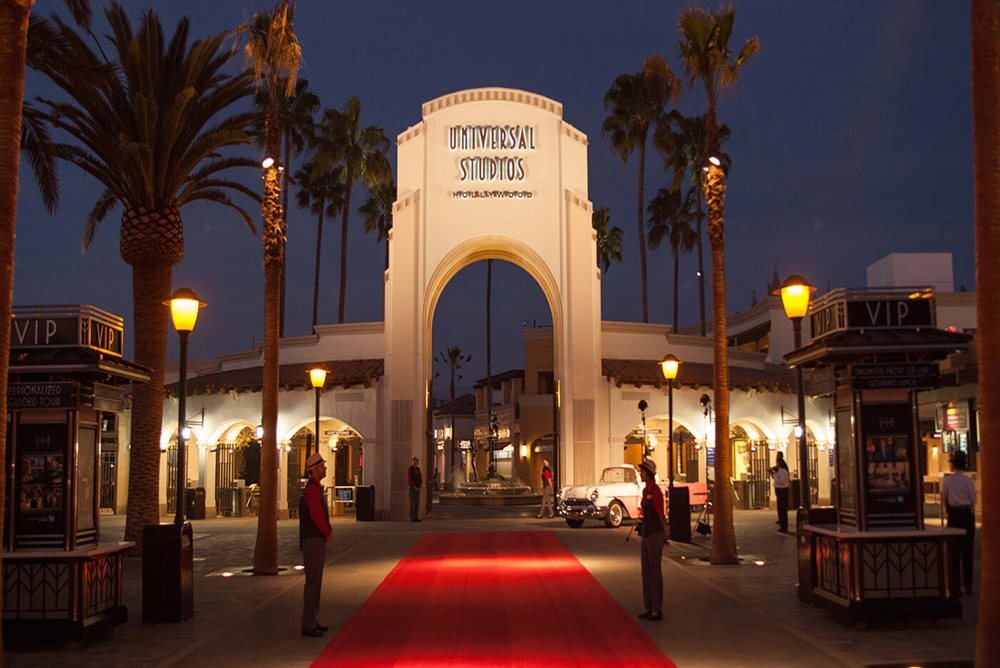 The new themed land is scheduled to open in 2023.