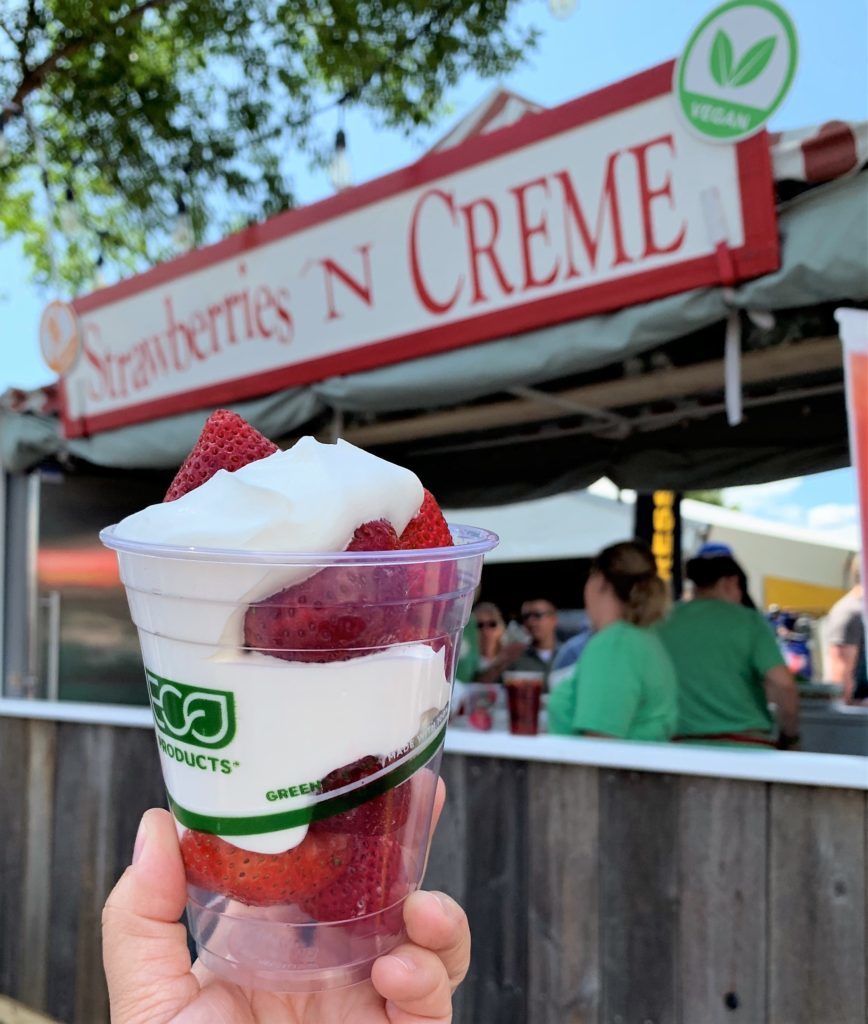 Can vegans have fun dining at the fair or theme park? A new trend is showing they can indeed – from the Minnesota State Fair to the Black Spire Outpost. 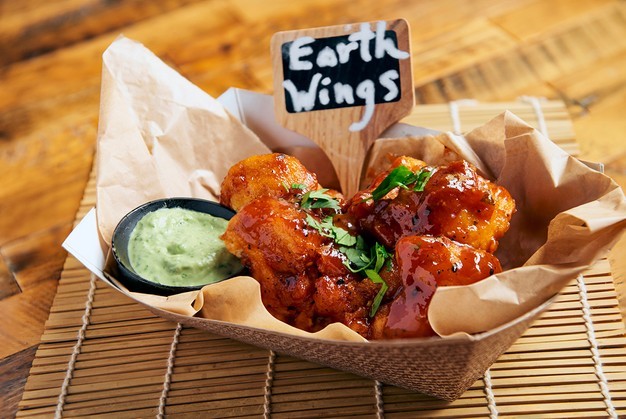 The Texas State Fair served up some goodies, too, from Trio on the Green's Falafel Slider with avocado hummus to A Taste of New Orleans' red beans, rice and dirty rice.  And the Iowa State Fair has made The Veggie Table booth a tradition – 38 years of veggie corn dogs. Their fried PB&J attracted presidential- candidate hopefuls in 2019. 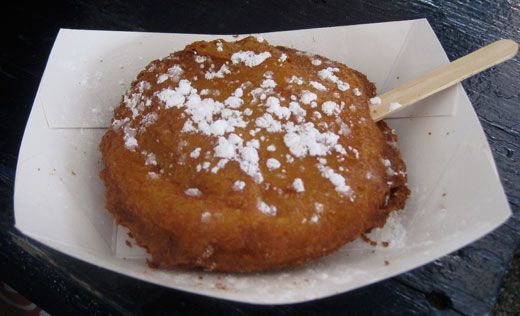 In 2019 at the LA County Fair, the lone vegan vendor nonetheless offered a wide array of choices. Govinda's Veggie Bomb was a new vendor to the LA County Fair, according to fair sources, bringing an all vegan menu. These included a Jack Fruit taco special, bowls featuring rice, veggies, a special house sauce and a “pulled pork” made from healthy jackfruit, which offers a meaty texture.

The Orange County Fair served up tastes from a number of versions, such as avocado toast on sourdough with fresh avocados, lemon, and olive oil, from vendor Schuyler MacPherson. Charlie Boghosian's Chicken Charlie's booth served a fried hummus coated in lemon seasoning with a crispy crust, seved with a creamy yogurt tzatziki sauce. And burger fans were in luck at Carnival at Biggy's, where a Beyond Burger using Beyond meat hit the grill. 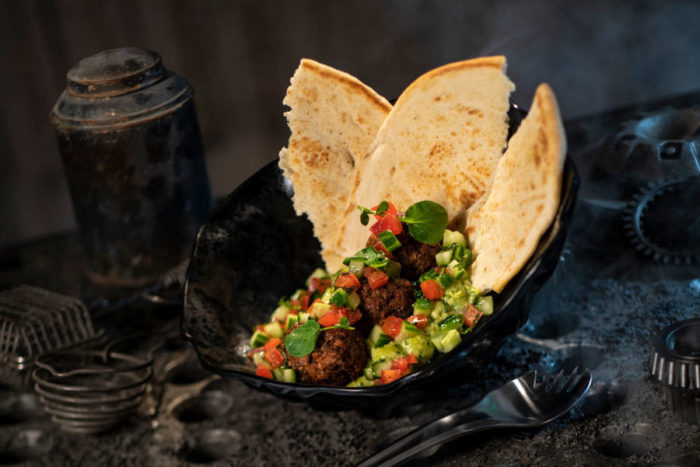 Nearby at the Milk Stand, the Blue and Green Milks are plant-based, utilizing a creamy mix of rice and coconut milk. Vegan popcorn options of Chocolat with Crait Red Salt and the Outpost Popcorn mix are both popped in coconut oil. Tonto Roasters Garden Wrap is another plant based meal consisting of a housemade sausage made with Impossible meat, onions, and an Asian-inspired sauce, kimchee slaw, pickled cucumber, and a Gochujang sauce, wrapped in pita bread.

In another Galaxy – that of Main Street – park guests have some vegan choices, too, such as the vegan Mickey waffles and vegan pancakes, and the Chef's Vegan Burger, made with beans, corn, zucchini – both at the Carnation Café. At Jolly Holiday, the Grilled Veggie and Whole Grain Salad, fits the bill, while at the Tropical Hideaway behind the Tiki Room, Dole Whip in pineapple, orange, and raspberry are all vegan.

At Florida's Disney World properties, from the Magic Kingdom, Epcot, Animal Kingdom Park, Hollywood Studios, to Disney Springs, and Disney resort, diners will find many vegan options. At the resort, items such as blueberry muffins, waffles, burgers, and main dishes such as Portobello Pot Roast, Eggless Florentine, Smoked Stuffed Peppers, mushroom-based “Lobster” Salad, among others, are on offer. New dessert options are everywhere, and include Strawberry Shortcake, Crème Brulee, and a mousse.

In the Muppet Courtyard, Pizze Rizzo serves up a vegan cheese or veggie pizza as well as a spicy Italian “sausage” sub. At the Hollywood areas' Brown Derby, there's curried butternut squash soup, as well as a plant based chopped steak, and chocolate cake. At the Sci Fi Dine In Theatre, there's a vegan crab cake. And of course Florida's Galaxy's Edge offers vegan menu options similar to those in Disneyland.

All in all, there are over 400 vegan dishes in Orlando, which began serving them in fall 2019, and planned to serve them at Disneyland in 2020. Disney marks each menu item with a green leaf logo. Cheryl Dolven, a manager for food and beverage health and wellness with Walt Disney World Resort Development Optimization and Standardization said the dishes are described as plant-based rather than vegan because “the trend is much bigger” than the word vegan expresses.

PETA, the People for the Ethnical Treatment of Animals recently awarded Disneyland California America's Most Vegan-Friendly Amusement Park, saying in a statement “Once upon a time, theme park food meant hamburgers, hot dogs and turkey legs… Times have changed, and so have menus.”

They've changed at SeaWorld Parks and Entertainment, too, where the Impossible Burger is being added to menus at all twelve of its theme parks throughout the U.S.

According to SeaWorld CEO Gus Antorcha in a company statement, it's important to the park to include sustainable products and practices, and “we have to satisfy our guests with a broad selection of healthy dining options — of which the Impossible Burger is an exciting addition.” 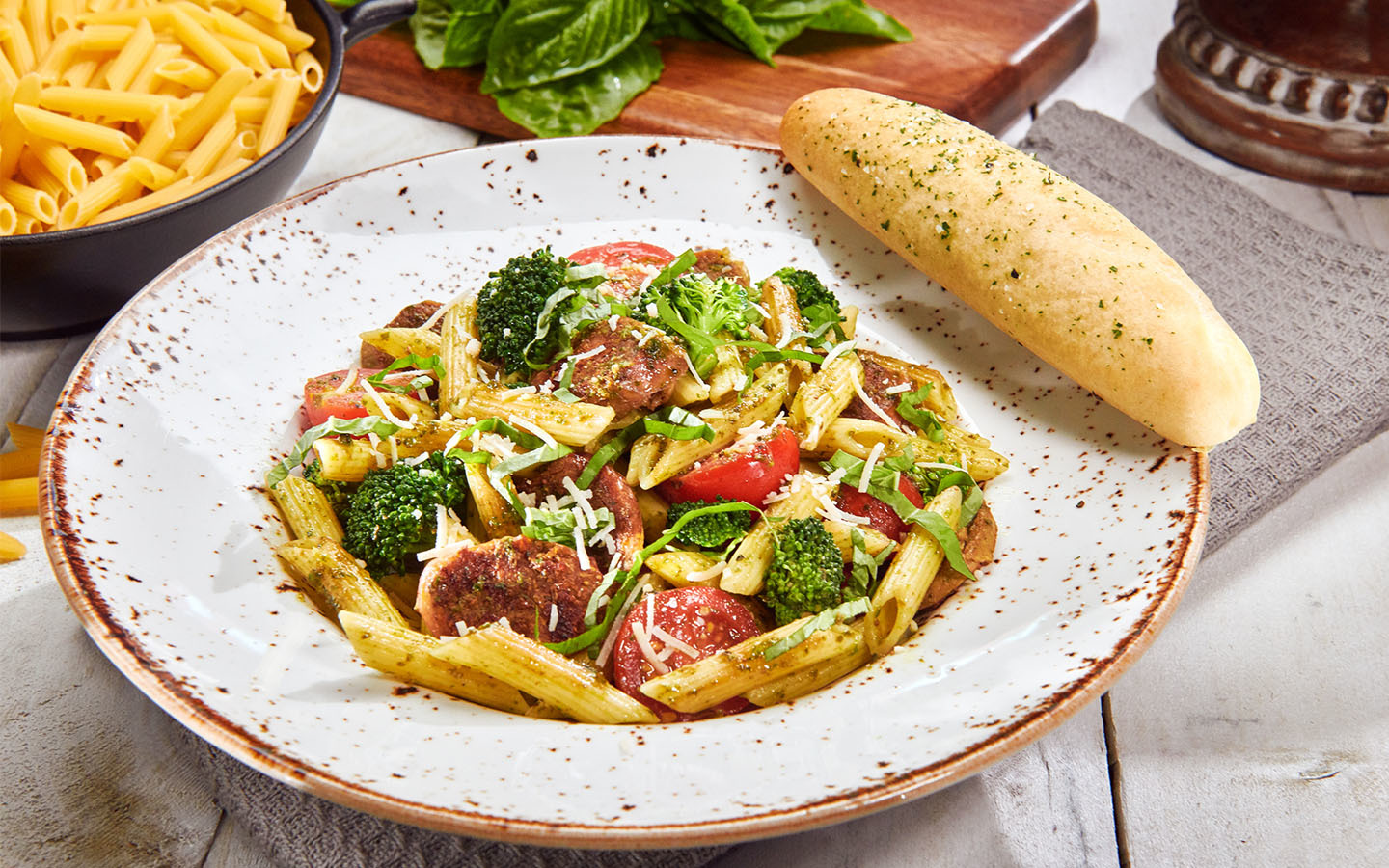 At Universal Hollywood, there's Roasted Portobello Mushroom Burger, a Thai Udon Noodle Salad at the Palace Theatre Café, and at Cocina, a taco salad made with Impossible chorizo.

The food landscape for fairs, festival and parks is changing with these new vegan offerings, time will tell the level of success these foods find with the public.