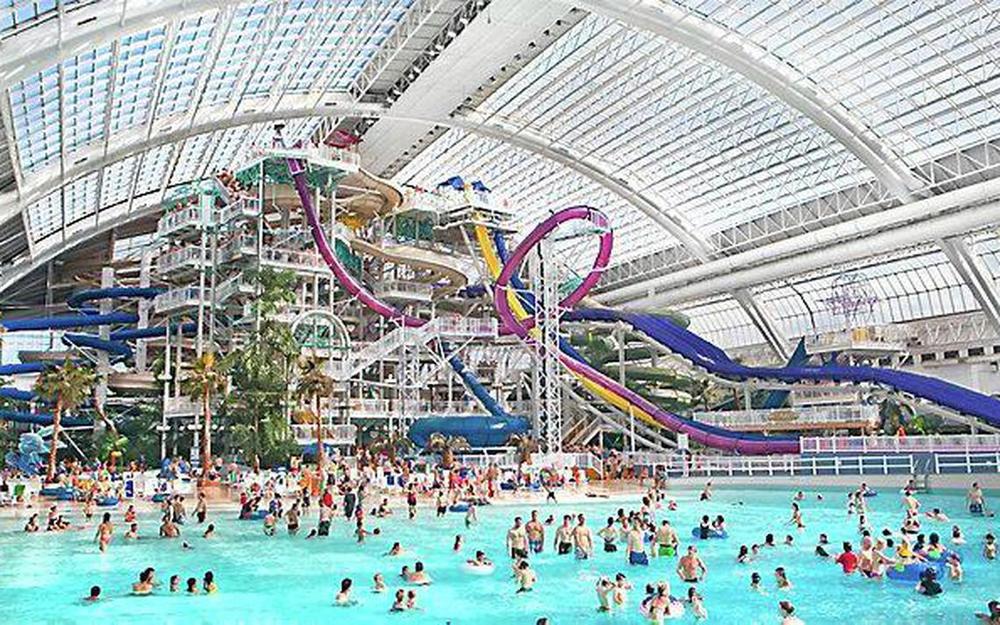 Bloomington, Minn. may finally get its Mall of America waterpark. The park concept is scheduled to be up for approval by the end of 2019; and then the 250,000-square-foot waterpark may finally splash down. A final series of votes around the somewhat controversial financing for the project will take place in mid- December.

The project is expected to move forward as the Bloomington Port Authority forms a nonprofit agreement that clearly defines the various responsibilities of the city, mall owners Triple Five Group, and Louisiana nonprofit Provident Resources Group, who are all behind the project, which should total $260 million.

The waterpark was supposed to have been under construction by now, but Port Authority Administrator Schane Rudlang announced that the partners were still working through due diligence to formalize the agreement to build the new waterpark. It will be located on a parking lot owned by Triple Five just east of the main mall.

“The feasibility is continuing to be studied and scrutinized as it has been for the last year or so, and we hope to bring back a project to the Council and Port Authority that's provable in December,” Rudlang remarks.

The city council of Bloomington, Minnesota, voted unanimously last April to team up with Mall of America in Bloomington on the watery project.
The plan: to cover 75 percent of a development contract that will design the park; the Mall of America is paying for the other 25 percent. As to the waterpark itself: that will be owned by a nonprofit that leases the land from the corporation that owns the mall. Then, if the park did not turn a profit, Bloomington would be able  to impose a sales tax on the Mall of America to make up the difference. That legal caveat is due to the Minnesota state legislature, which passed a bill several years back that allows the city to create a special sales tax zone just for the Mall of America.

In short, the waterpark's curviest planned slide couldn't be as complex as the public-private partnership that is the outgrowth of the project's financing plan. Triple Five, which is behind many a retailtainment complex had first proposed that the city finance and own the new facility. The idea was to take advantage of better interest rates available for municipal bonds.

From there, both parties brought in Provident, which specializes in helping governments to provide facilities and new services to residents. Provident and the city are thus both involved in leasing the land for the park. The city will lease the land from Triple Five before subleasing it to Provident, because the bonds for the project will be backed by the promise of future taxes if the park underperforms.

According to Rudlang, “The city is a pass-through entity for some taxes that are allowed to be turned on at Mall of America. In order for that backstop of the debt to be in place, the city has to be involved.”

The agreement will shortly be up for vote, but several steps in that agreement have already occurred. On September 9th, the City Council voted to endorse Provident's selection of Barclays Capital, Citigroup Global Markets and Piper Jaffray & Co. to underwrite the project's debt offering. Conduit bonds for the project will be issued by the Arizona Industrial Development Authority.

If fully approved, the non-profit will head into what might be termed “unchartered waterpark waters.”

Mall of America representatives have outlined to city leaders on what visitors will find inside the glass-covered, multilevel 325,000-square-foot facility. Updated renderings now show a tropical oasis lush with palm trees, thatch-roofed structures, comfy lounge chairs, wave pools and a mock steamer ship.
“This isn't a traditional water park where you're seeing the North Woods type landscape and feel,” Nate Klutz, the mall's vice president of construction reports “We're trying to create our own unique branding, our own unique experience.”
To get to that experience, however, the city will need to pass an ordinance authorizing four special taxes at the mall to guarantee the debt; and the full redevelopment agreement, lease, sublease, parking management plans, project advisory committee agreement and other important facets will all be for approval at a meeting scheduled for December 17th. Should all progress, the first bond closing may be as soon as March, Rudlang asserts.

A design build contract will also need to be finalized before the December meeting. Ryan Cos. US Inc. served as predevelopment design builder for the project.

In the meantime, located an easy stroll from the mall is Water Park of America at the Radisson Hotel Bloomington, which holds a title of being “Tallest Indoor Water Park in the U.S.”
The park is 70,000 square feet of climate controlled waterpark fun, including its well-known Eagle's Nest, a ten-story water complex of slides which is the tallest indoor attraction of its kind. Guests can board the Eagle's Nest Family Raft Ride, the longest indoor ride of its kind at over a mile.

The park also offers a lazy river, wave pool, tube and body slides and the only Flow Rider surf simulator in Minnesota, letting land-bound guests have their own indoor, hang-ten experience. The park's activity pool has a floating log walkway,  water basketball and for the younger set, there's Fort Snelling, a multi-level water-play structure with a tipping bucket and interactive play features.

Radisson Hotel Bloomington is adjacent to the Mall of America, houses 400 guests rooms and suites, three restaurants, a fitness center, and video and redemption games at its Northern Lights arcade.
If the meeting and votes on December 17th support the Mall of America's own themed waterpark plans, the hotel based Water Park of America may find a little rival wave action.