Whats New at Universal, Disney and More for 2020

Cue, or perhaps queue -- new rides ahead at Universal, Disney, and other theme parks for 2020.

Universal's Epic Universe will open in Orlando featuring four immersive theme lands including Super Nintendo World, The Wizarding World of Harry Potter's Fantastic Beasts, and Dreamworks' How to Train Your Dragon. Super Nintendo World will open first in Japan, with roll-out dates for Orlando as yet unannounced. The land will include versions of Bowser's Castle and Princess Peach's CastleAs well as the Mario Kart Experience, which Universal has described in their press release as “the most immersive and cutting-edge technological attraction that we could possibly imagine.”

Universal Studios Florida will open the action-packed Bourne Stuntacular in spring 2020, a new live action stunt show based on the Jason Bourne franchise. It will be located where Terminator 2: 3-D once held sway. High tech and LED will blend stage and film elements together in a state-of-the-art version of what Terminator 2: 3-D used to offer. And at Universal's Islands of Adventure in Florida, the Velocicoaster will open in 2020, promising maximum screams.

On the West Coast, at Universal Studios Hollywood, The Secret Life of Pets: Off the Leash! promises family fun.
Meanwhile, not to be outdone, at the Disneyland Resort in California, Disney California Adventure will see a 2020 opening for a Marvel-themed Superhero Universe land including a new Spider-Man themed ride. Opening in Phase Two of Avengers Campus, the new ride system will feature a QuinJet ride to Wakanda to fight alongside the Avengers to save the planet.

In Orlando, Walt Disney World will open a bevy of new attractions including Mickey and Minnie's Runaway Railway, Disney's first ride themed to Mickey Mouse, in Hollywood Studios. Scheduled for a spring opening, the new attraction will bring park visitors inside the world of a Mickey Mouse Cartoon Short, where they're the star. Featuring “2 1/2 D,” a new, no-glasses-required experience, the train will use the original whistle sound featured in Mickey's original 1928 short, Steamboat Willie. The ride will replace the Great Movie Ride.

A Guardians of the Galaxy roller coaster will take over the old Universe of Energy pavilion at Epcot; while Epcot's France Pavillion will intro a new trackless dark ride, Ratatouille: The Adventure. A TRON Lightcycle Power Run roller coaster will slip in next to Space Mountain at the Magic Kingdom in time for the park's 50th anniversary in 2021.

Like Tron, Guardians won't be arriving at Epcot until 2021, but the wait should be worth it. Conceived as one of the world's longest enclosed coasters, it will begin in the "Galaxarium," a planetarium-like exhibition highlighting the formation of Earth's galaxy and Xandar. The state of the art storytelling coaster rotates 360 degrees and includes the first reverse launch on a Disney coaster.

On the other hand, Remy's Ratatouille Adventure will arrive at the French Pavilion in summer 2020, and be similar to the 4-D ride Ratatouille: The Adventure now at Walt Disney Studios Park in Paris. Riders will shrink to Remy's size and scurry to safety within Gusteau's legendary Parisian restaurant.

Mickey Mouse's new meet & greet location, scheduled to open in early 2020 will be set at the Imagination! Pavilion, as part of the Disney & Pixar Short Film Festival. Mickey will greet guests just inside the entrance, celebrating his short films.

Opening January 2020 will be an Awesome Planet film showcasing Earth's beauty and highlighting an environmental message. Canada Far and Wide in Circle-Vision 360 is another film experience set for the World Showcase.
More French fun – of the dining variety – also arrives in summer 2020 at the table and quick service option La Crêperie de Paris with a menu from celebrity chef Jerome Bocuse.

A Beauty and the Beast Sing-Along will be added to the France pavilions current film, Impressions de France.
And then there's Harmonius US, a new main lagoon show described as “a worldwide celebration of Disney music.” The show will feature music from Moana, Brave, Pocahontas, and others. The show is described by Disney as “the largest nighttime spectacular ever created for a Disney park,” and feature floating set pieces, LED panels, and moving lights, lasers, fountains, and fireworks.

At nearby Disney Springs, there will be a new Cirque de Soleil show scheduled for April. Disney has previously announced Cirque du Soleil will develop a new original show that will pay homage to Disney animation and characters.
Coming to the Springs area sometime in 2020 is Beatrix, a new dining experience offering healthy food options, including vegetarian, gluten-free and vegan selections. The restaurant will also include full-service bar with beer, wine and fresh-squeezed juice cocktails.

Meanwhile, at Busch Gardens Tampa, a makeover for the park's Iron Gwazi is scheduled for spring 2020. The wooden coaster that closed in 2015 will be converted to a hybrid steel-wooden coaster, manufactured by Rocky Mountain Construction. The thrill ride will stand 210-feet-tall, North America's tallest and the world's fastest and steepest hybrid coaster. The up-scaled Gwazi will also have three inversions, including a 180-degree stall planned to suspend riders upside down for a few seconds -- while moving forward.

Busch Gardens Williamsburg will open their Pantheon attraction in 2020.

Hersheypark in Hershey, PA., opens its new roller coaster in time for summer 2020, the 15th coaster for the park and its largest. Candymonium features iconic candy-themed trains and a chocolate-colored track.

Kings Island park will present its new, exciting coaster, Orion; while at Knott's Berry Farm in Buena Park, Calif., family-friendly fun is the goal of the new Knott's Bear-y Tales: Return to the Fair.

â€¨Also on the west coast, at Legoland California, the new rides Unikitty's Disco Drop and The Lego Movie Masters of Flight will take off for the kids.

At SeaWorld Orlando, the multi-directional launched-coaster Ice Breaker should smash out four launches, both backwards and forwards, in spring 2020. The ride will also launch riders into the steepest vertical drop in Florida at 100 degrees.

SeaWorld San Antonio will open the Texas Stingray, while Sea World San Diego offers the Mako.
And at Six Flags Magic Mountain, it's the West Coast Racers heading to the park for 2020.
Ready, set, queue up! 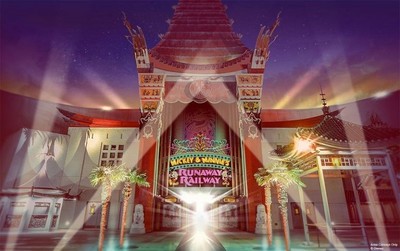 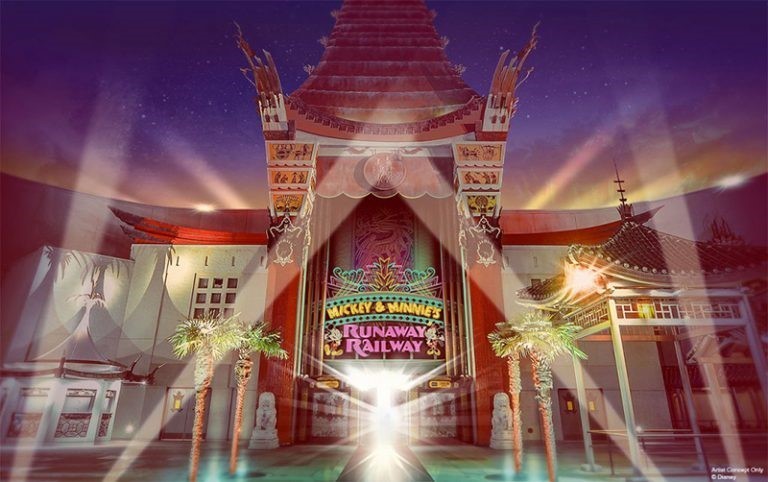 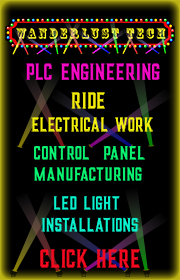