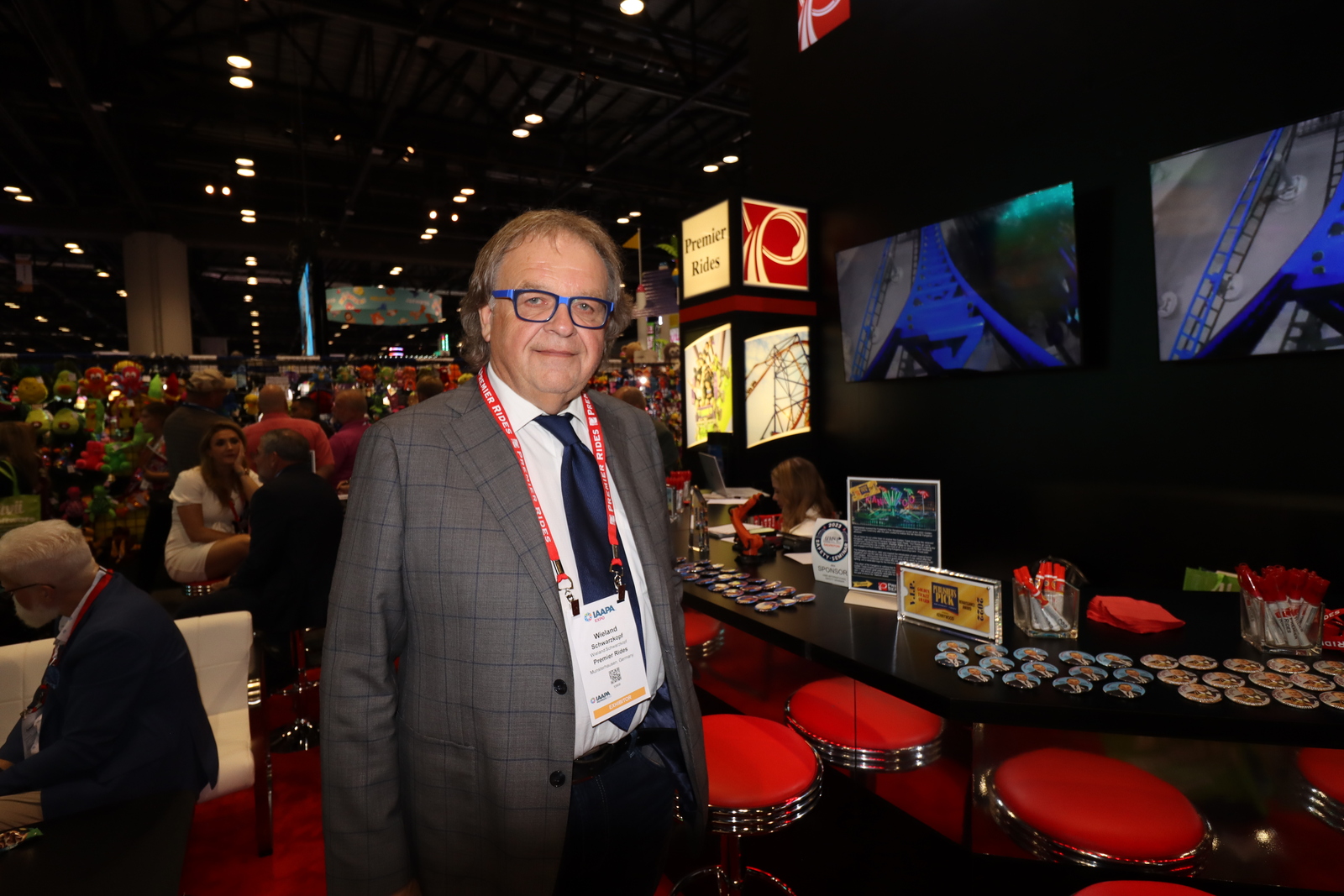 Wieland Schwarzkopf was on hand at the IAAPA trade show, revealing his partnership with Premier Rides to bring back the iconic Wildcat Coaster.  Premier will be representing Schwarzkopf in the US market.

Wieland, son of Anton Swarzkopf, was thinking about his father, who would be celebrating his 100th birthday in 2024.  The elder Scwarzkopf passed away in 2001.  Wieland thought about a way to honor his father, something where his father would say “well done” to his son.

The younger Swarzkopf had been studying the amusement ride market and found that the markets for mid-sized coasters seemed wide open.  There are many high speed “thrill coasters” and also many of the spinning mouse variety but very few coaster that bridge the gap between them.

While visiting a park owned by a friend, he observed riders on the vintage 1968 Wildcat coaster and wondered how the ride still held its appeal.  When he asked guests, the answer time and again was that it was the same ride their father or even grandfather had enjoyed and riding the attraction had become a family tradition.

Armed with these observations, and his research showing the need for a large portable coasters, Swarzkopf set out to make a ride that gave tribute to the past, but was designed with the latest safety measures and included state of the art lighting.

The look of the new Wildcat will be similar to the old one, with the iconic looking cars, and quadratic columns spaced closely together.  A look at the ride will instantly tell that it is a version of the popular Wildcat. 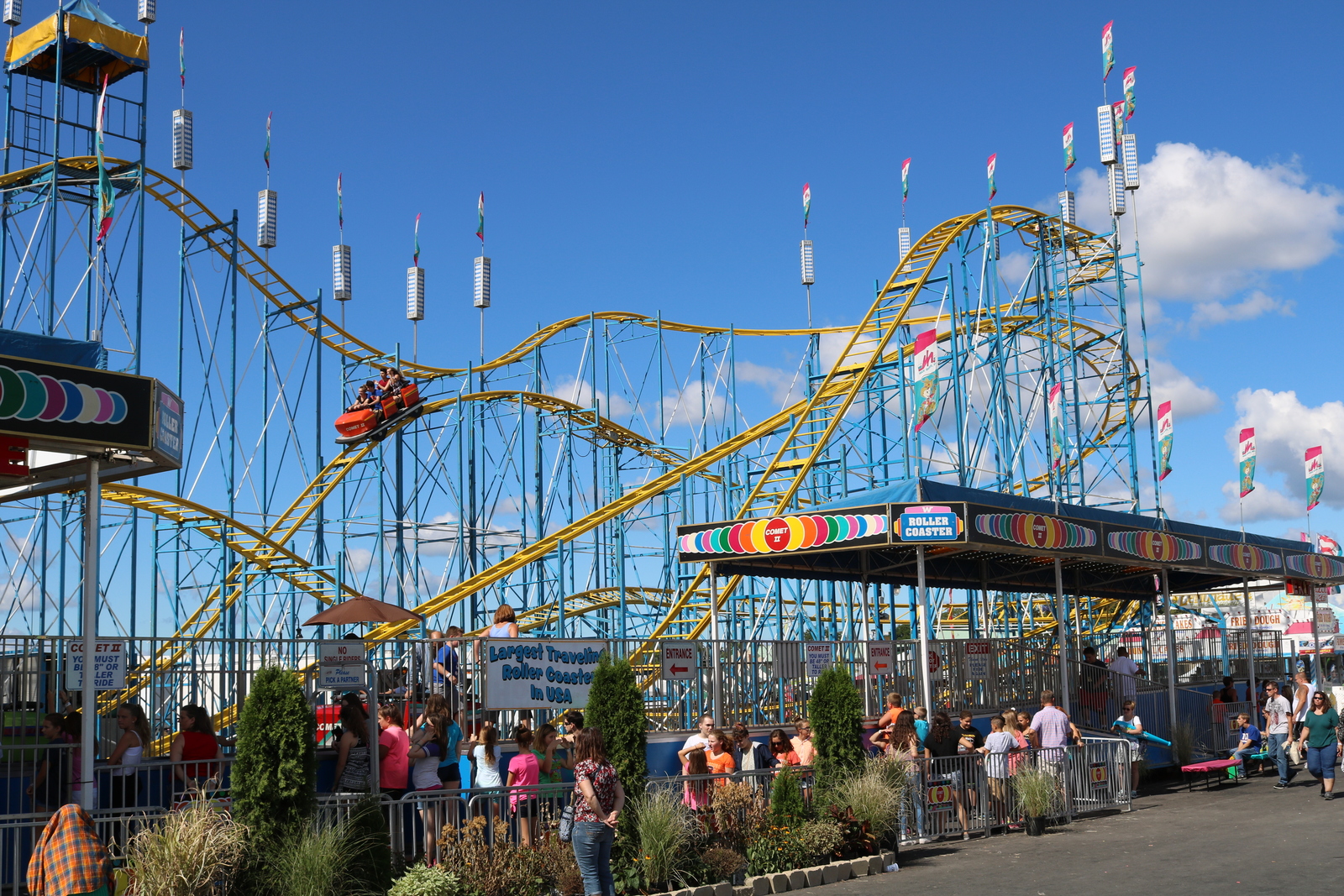 Wade Shows Comet II, a Swartzkopf Wild Cat Design, is one of few traveling Swartzkoph coasters in the USA.

The new version of the Wildcat will have a similar footprint to the old one, stretching 200' long and 75' wide in the most popular model.  The ride will have either single cars, made in the same design as the traditional ride, or have the cars coupled together as trains, seating 8 at a time. The singe car rides will have a capacity of 700 an hour and the train version will ride up to 1,200.

The changes will also include a new LED lighting package that can be customized by the purchaser.  With the new technology available, the ride will look vibrant and stand out on the grounds.

Not all the changes are aesthetic, however.  The new version of the Wildcat will have new safety technology built to ASTM standards.  With the latest in safety updates, the coaster will truly be a fantastic new edition for parks and carnivals alike.

While the ride is technically portable, a fully portable trailer-mounted version could stretch up to 20 trailers, largely because of the increased height of the attraction.

The portability however is a great selling point to parks, who will be able to install the ride with a minimal amount of foundation work, unlike other coasters in this size range.  The compact footprint and portability will make the ride attractive to many parks who want the thrills of a coaster, but perhaps lack the space or infrastructure to erect a more permanent model. 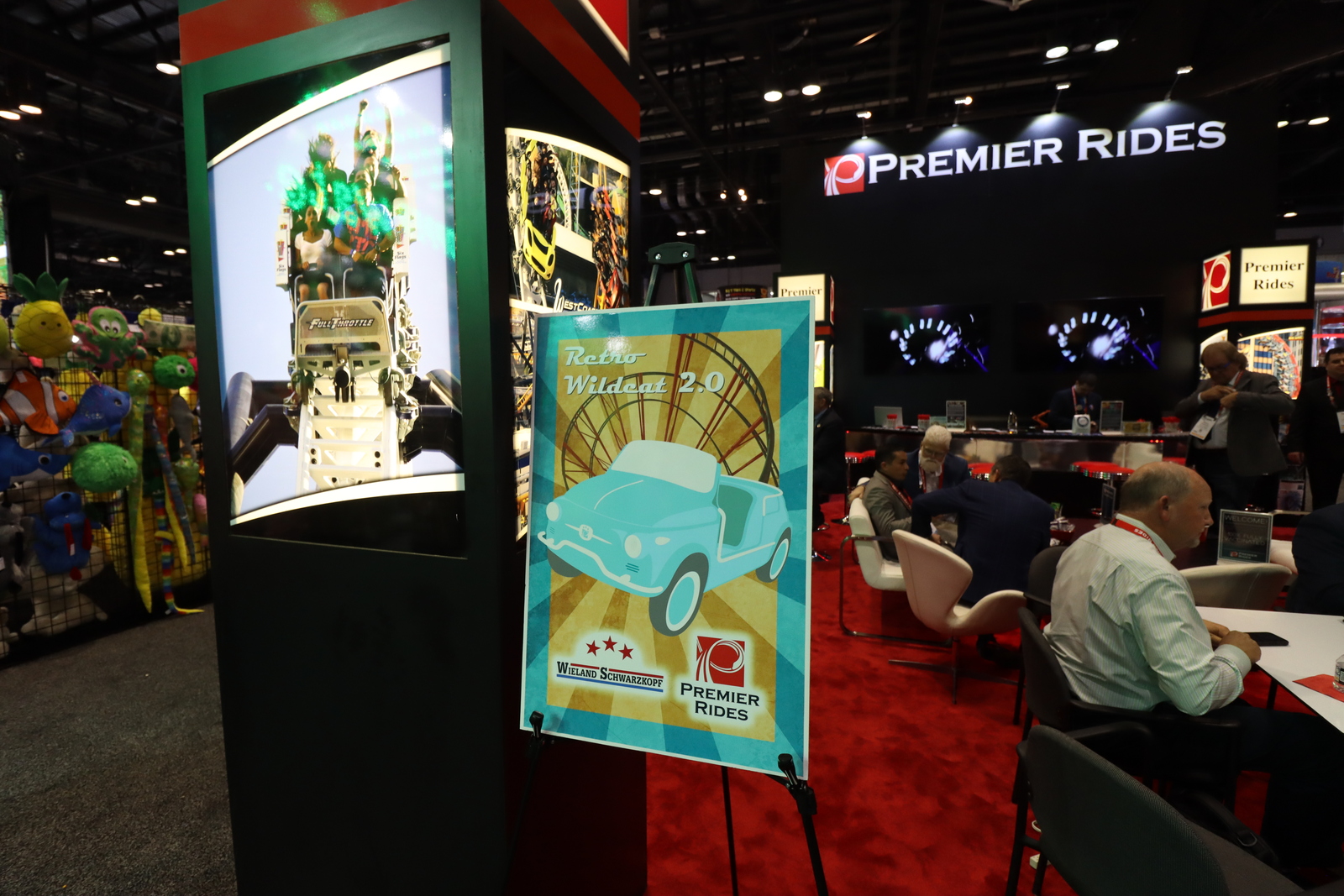 Additionally, the ride will retain value through the years, as it could potentially be sold to another park or even a traveling showman without having to make major structural changes to the park.

Schwarzkopf has already seen some interest in the European market where the Wildcat has been a tradition at many installations, and he is hoping his partnership with Premier Rides in the US will  generate interest here as well.

What began as an idea for a tribute to his father, Anton Swarzkopf, could turn into a much need addition to the mid-sized coaster market for parks.

Together, the team will produce a new version of the classic Schwarzkopf Portable Roller Coaster, suitable for parks and showmen.