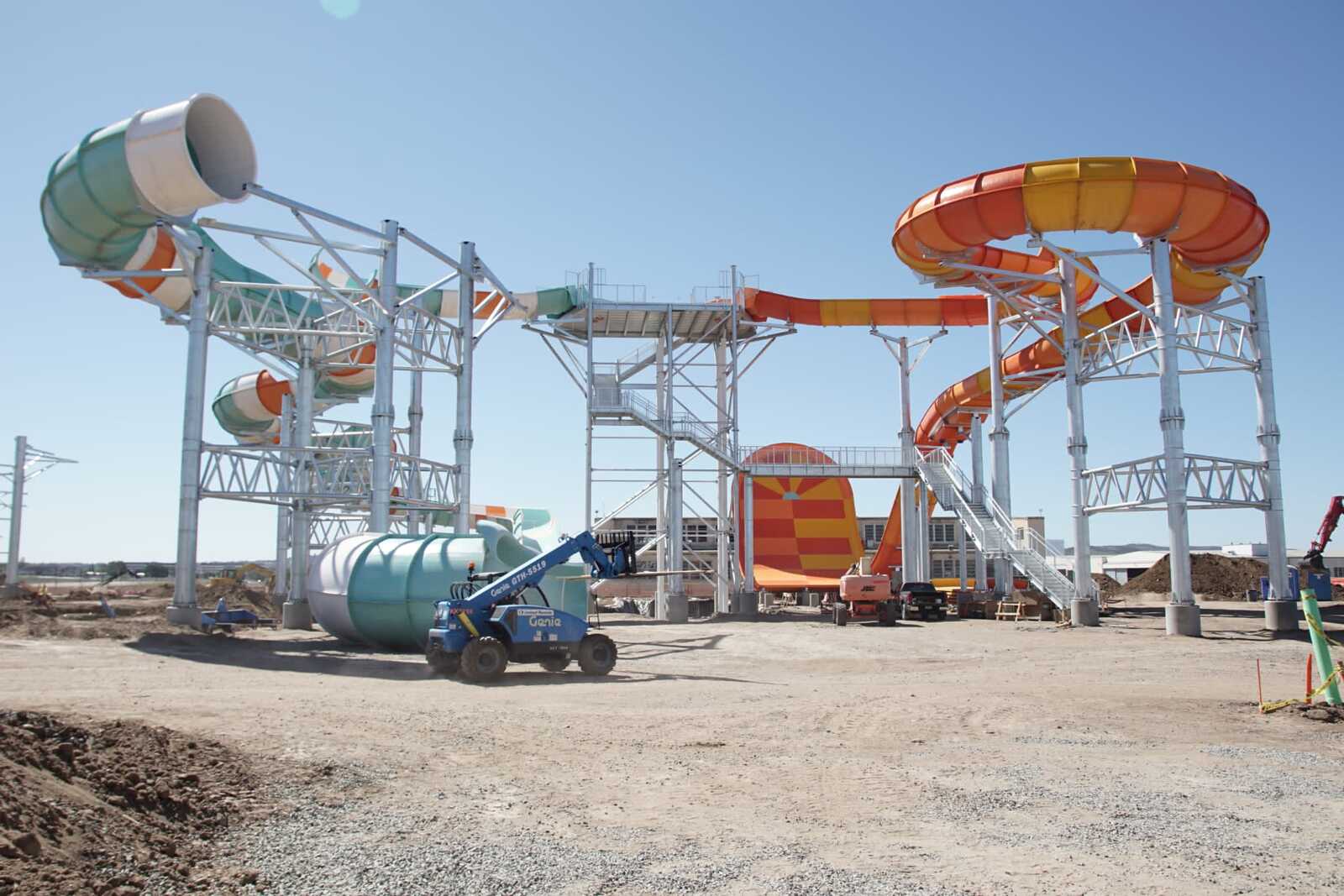 Wild Rivers Water Park in Irvine is Scheduled to Open June 20
The park, originally opened in 1986 on the site of the former Lion Country Safari and closed in 2011.

In 2011, Southern Californians mourned the demise of a waterpark favorite, Wild Rivers in Irvine. But now, 11 years later, they'll be able to splash down again. A brand-new version of the waterpark is scheduled to open June 20th with a Polynesian theme and a new location in Irvine's Great Park complex.

Positioned on 20 acres, the park is twice the size of its old location. The park has a hefty $60 million price tag to go with its doubled size. Season passes are limited to 10,000 purchasing guests, cost $160 and have no blackout dates. The season passes sold out a few weeks ago. Single day passes are available for $65.

Wild Rivers owner Mike Reidel is excited about the reopening, despite the fact that the large-scale project still has last minute details to attend to before the opening date. “The stuff we're bringing in is so cool it's ridiculous,” he asserted. 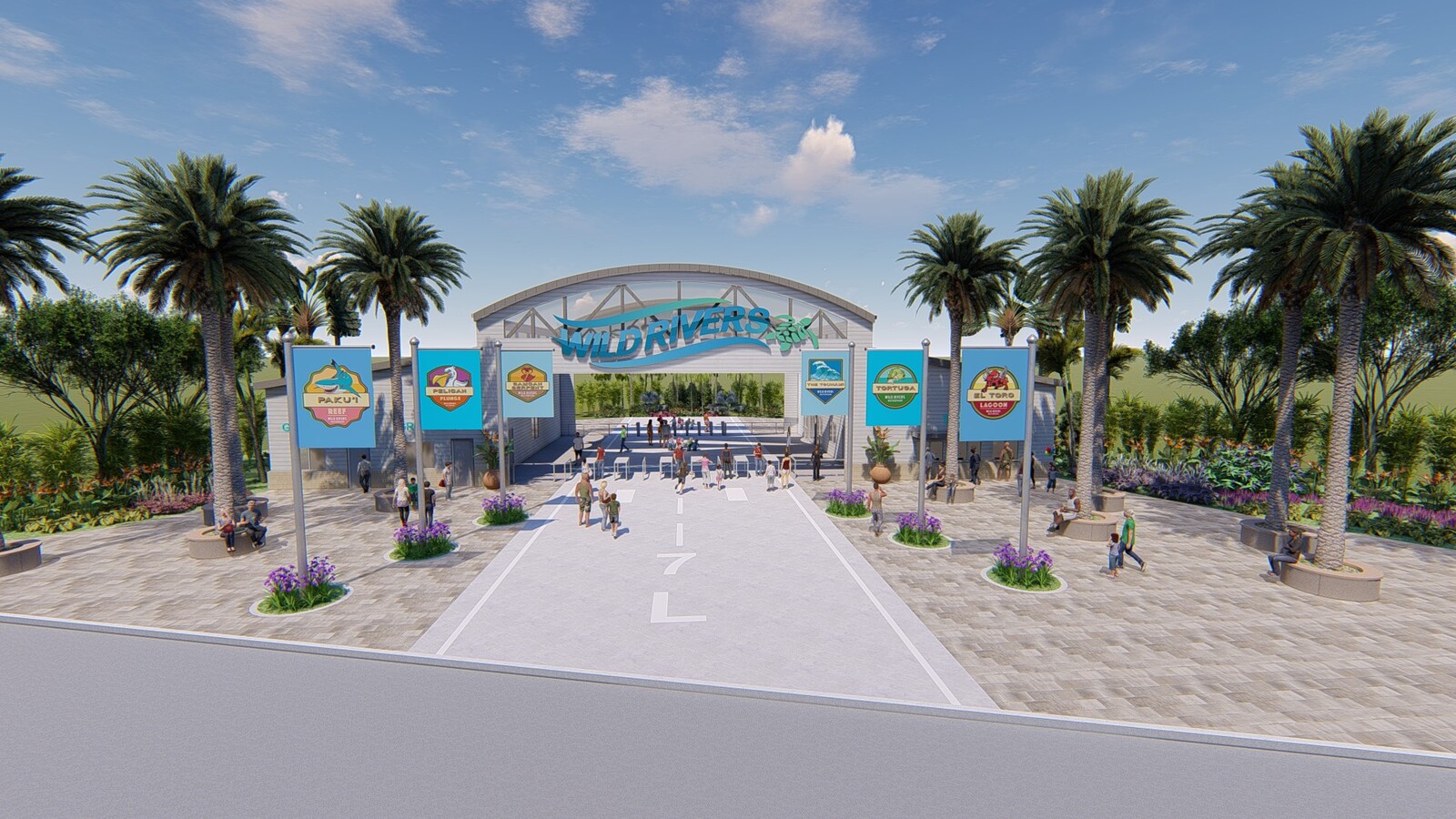 Prospective park guests are also excited about the chance to cool off in Orange County again. Wild Rivers was extremely popular for 25 years after replacing the Lion Country Safari attraction at its former freeway-adjacent property. It opened in 1986. Cutting edge for its time, the park opened the first U.S. location for a side-by-side wave pool. Popular and well-regarded, the park closed not because of diminished business, but because the Irvine Company development group which owned the park's former location decided not to extend the park lease, building instead 3700 units of housing. While operating, the park welcomed over 10,000,000 guests, according to its website.

But now, finally, after negotiating a 35-year lease with the city of Irvine, construction performed by Bergman KPRS is almost complete on the new, bigger, location in Great Park. From in-ground slides to pools, thrill rides a wave park, drop and body slides and family raft rides, Wild Rivers should have something for everyone who enjoys getting a little bit wet. The park is even planning for the future with a possible 3-acre expansion already on the city's books. The park will operate from May through mid-September each year.

Adjoining the water park will be a new 1200 plus parking spaces leased from the city during operating months to accommodate visitors.

Attractions are plentiful, including rides replicating the park's former incarnation, such as Bombay Blasters and Switzer Falls. Newer attractions are really – pun intended – whetting guests' appetites for park adventures. There will be a water coaster with VR capability that allows riders to experience a snowy landscape, a Polynesian theme, or outer space, for example. 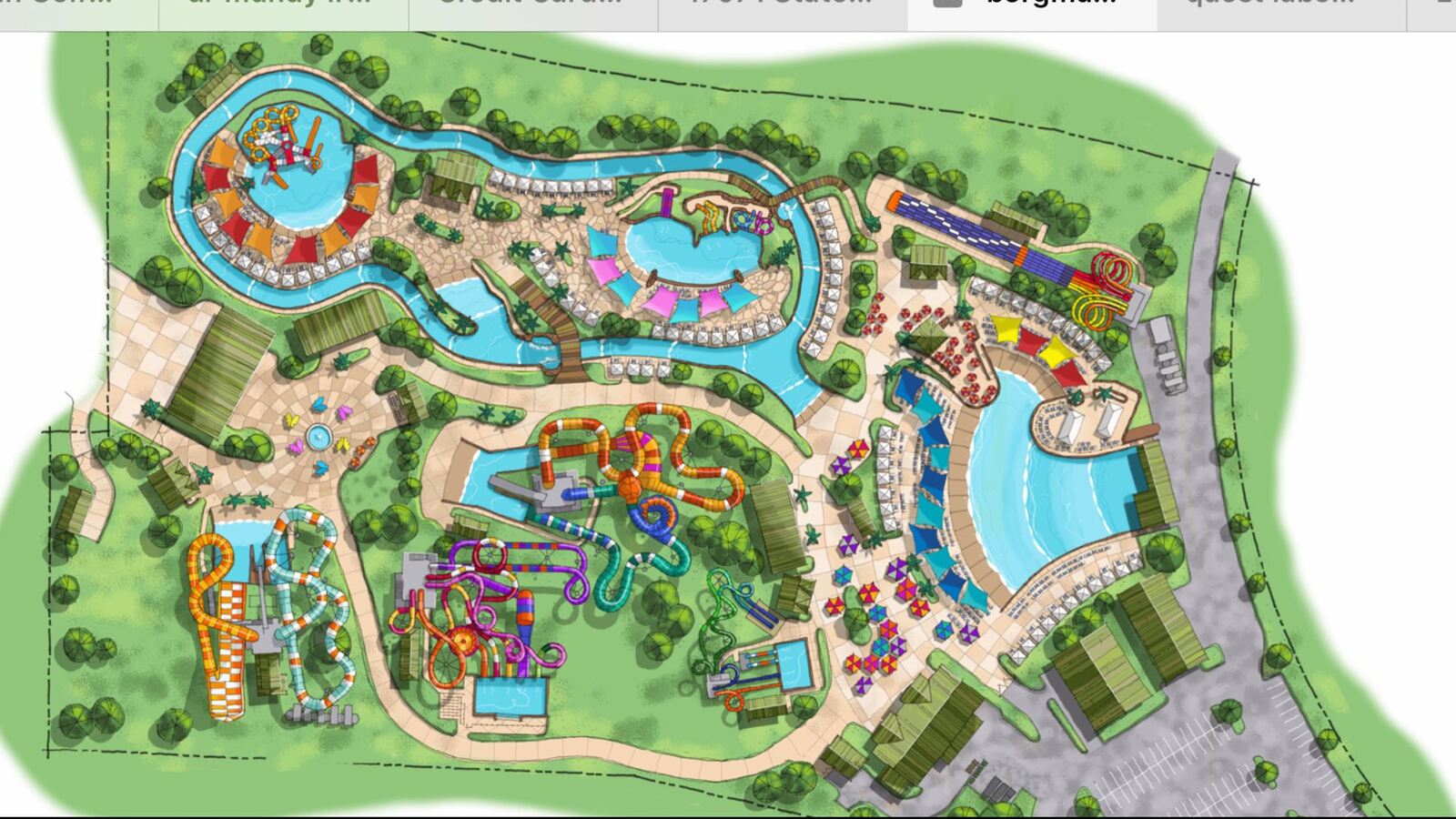 Also new will be wristbands, which will be encoded so that guests can both access the park itself and pay for purchases such as food and drinks.

Asked why season pass purchases were limited, Reidel notes that a big reason was to keep lines short throughout the operating season. His goal is wait times of no more than 15 minutes on average, making it easy for guests to splash in.

Reopening the park was a big accomplishment, and construction both elaborate and time consuming. Reidel stresses that he is “so focused on the construction of it,” that he hasn't thought beyond that to the satisfaction of actually opening the doors.

But when they do open, the park will feature a range of attractions. Water experiences will include four six-person raft rides, open and enclosed body slides, mat races, bowls, the water coaster, and for kids, everything from play structures and kiddie water slides to a massive 800-gallon tipping bucket on a 30-foot play structure. In that same play area, Cook's Cove, the park has constructed the “largest rain fortresses in the world with 77 activities that are safe and fun for young children,” including several slides into a shallow zero entry pool.

The Anaconda is a major new attraction, a family water ride with a six-passenger raft. It is serpentine, constructed in the shape of the largest snake, taking guests through an open flume, an enclosed flume, oscillating speeds, and a sudden drop into a splash down pool. The Typhoon is another family rafting experience, featuring tight banks and steep drops.

More relaxing is the 25,000 square foot Shaka Bay. Here, guests will get to enjoy diamond-shaped continual gentle waves and recline on loungers or in the water. On Castaway River, another of the more relaxing attractions, guests will traverse a scenic 34,000-square-foot, 1,700-foot-long closed-circuit winding river. Riders will float on an inner tube, with the ability to access the river through many different entrance and exit points.

And along with the rides, there's dining on the new park's list of treats. The Pacific Grille features everything from traditional hot dogs to pizza ovens, Philly cheesesteaks, fish tacos, and BBQ pulled pork. The venue will also offer a signature dish popular from the old park location, chicken tenders. A separate dessert spot offers a varied collection of sweets. For beverages, particularly of the adult nature, it's the Mustang Bar overlooking Shaka Bay, offering beer, tropical cocktails, frozen drinks, and Tiki themed beverages that fit in with the park's Polynesian theme and décor.

The park is on schedule to open June 20th.

The park, originally opened in 1986 on the site of the former Lion Country Safari and closed in 2011.