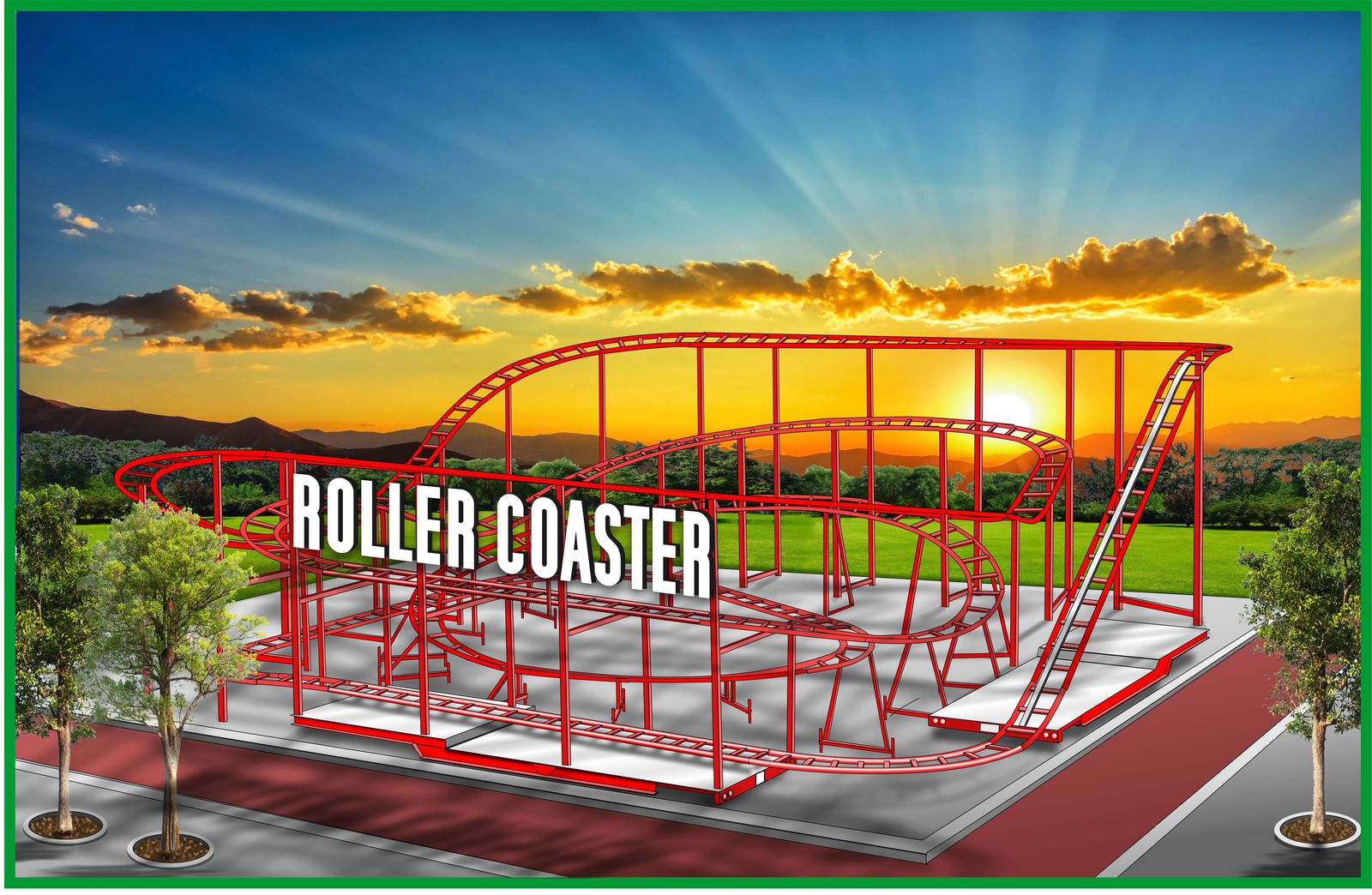 New Roller Coaster Concept from Wisdom Rides of America
This concept is one of several different coaster concepts from Wisdom. The ride is designed to be built as a park or portable model.

Jared Davis, head of Wisdom Rides of America, is remaining positive amid the COVID-19 pandemic. In addition to ensuring his company performs “business as usual” for their valued customers, the team at Wisdom is using this time to expand their current product line. Like most in the outdoor amusement business industry, Davis is hoping all of his carnival and amusement park clients and friends are able to open soon in order to salvage as much as possible of the 2020 season.

In an exciting new announcement, Wisdom will expand their product line to begin offering large and mid-size roller coasters as well as large observation wheels. If all goes as planned, deliveries will be available beginning in the Spring of 2021. In an effort to serve both carnival and amusement park clients, portable and permanent models of the coasters and observation wheels will be available. Observation wheels will be offered in three different sizes: 50 meters, 75 meters, and 100 meters. While specific details about the coasters are not yet available, Davis says that Wisdom Rides of America will be offering standard coasters and spinning coasters as well as options for suspended coasters. “We'll have some standard layouts available which will allow us to be extremely competitive when it comes to price and production,” says Davis. “We can also customize layouts in order to fit the desired footprints of our amusement park and carnival clients.”

Using the standard layouts, Davis and his team at Wisdom Rides of America will be able to bring these major attractions to customers for one-half or two-thirds of the price of a typical coaster; “we will be very cost competitive in the market, especially for mid-sized shows,” says Davis. Bringing cost-effective, eye-catching thrill rides to both carnival and amusement park midways is something Davis is passionate about as it helps his customers grow in the industry. “We see the struggle in the market. In order to stay relevant, sometimes you have to make significant capital investments. We want to offer something that's not currently available,” says Davis.  The company believes that offering an affordable option for this type of thrill ride will help to spur sales in the sure to be uncertain period when business returns to normal. 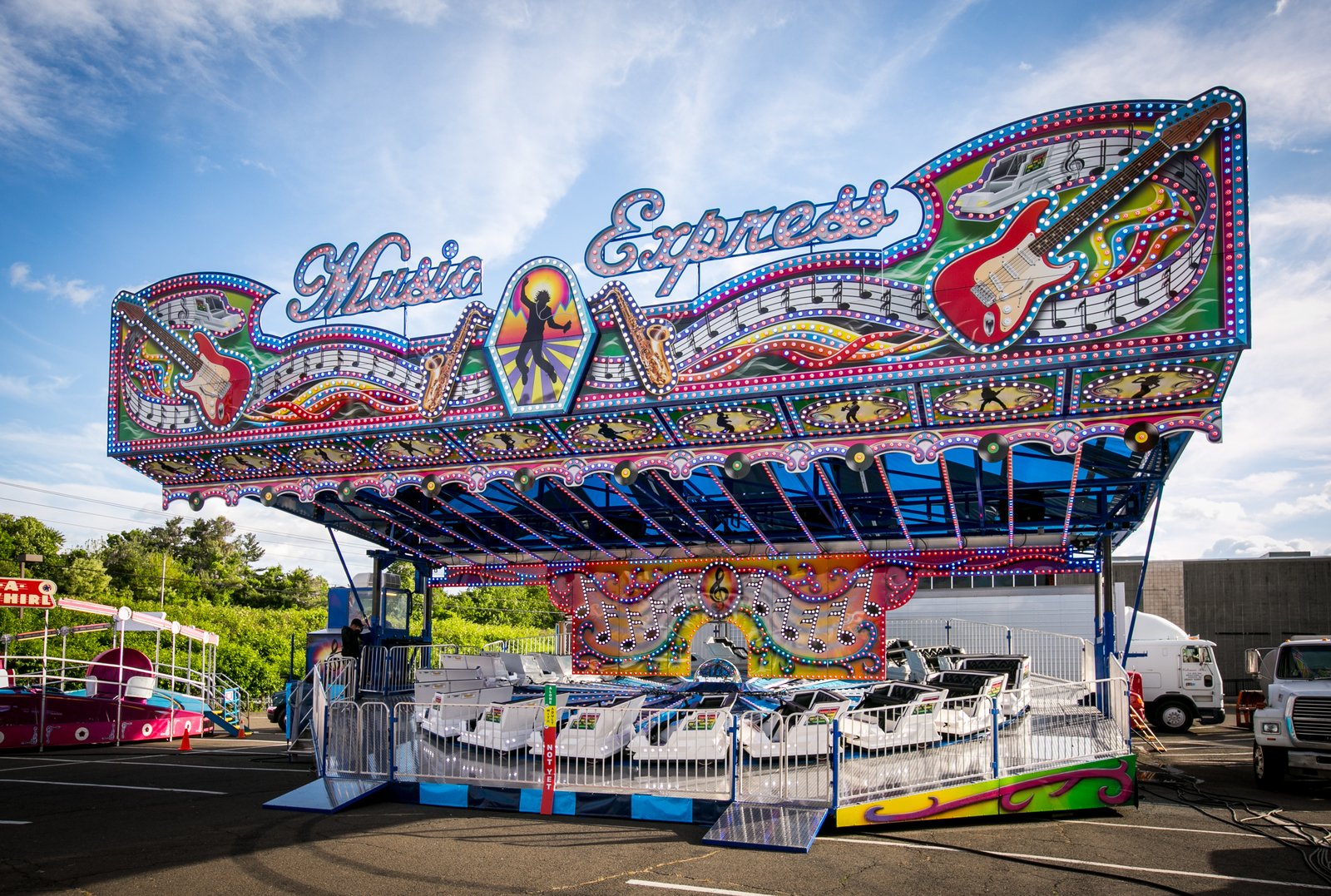 Despite the uncertainty that comes with the COVID-19 pandemic, things at Wisdom Rides of America are pretty much business as usual according to Davis. While his company is able to continue timely deliveries on new pieces, Davis has reported some requests for delivery changes from customers: some shows and parks are requesting later dates, and some, surprisingly, are requesting earlier dates. Davis suggests the earlier delivery dates are so the operators can get used to the ride, learn more about it, and be ready to take it out on the road as soon as the 2020 season resumes.

Although they are unable to open, some operators are interested in buying new pieces for their park or midway but Davis mentions that financing large purchases is difficult given the current state of the market. Like other manufacturers, Davis reports an uptick in the ride parts side of his business as operators work on refurbishments and small projects to keep busy and maintain their equipment during the added downtime. “We're trying to help our customers in any way we can. We're in this business because we love it,” says Davis. Again focusing on the positive, Davis encourages everyone in the outdoor amusement business to take advantage of economic programs available and to reach out to community banks whenever possible. “I've heard that they're more responsive to giving businesses the relief they need,” says Davis. “Reach out to local economic developers and see how they can help. This is a great time to create good relationships with those in your own community.”

After speaking to many of his customers, Davis reports that while all operators have lost most of their Spring and early Summer season at this point, it affects some more than others. “Some operators are devastated by losing their Spring and some that maybe open later in the season regularly are not as devastated.” Despite any inequalities between shows and parks across the country, according to Davis, one thing is certain: shows and parks need to open as soon as safely possible in order to salvage part of the season. “I have confidence that people will be tired of being cooped up inside and ready to come back out and have some fun,” says Davis. Leaving political leanings aside, Davis mentions that some of the economic stimulus initiatives offered are helping offset the financial burdens many potential carnival and amusement park customers are facing, hopefully resulting in money to spend on family fun this Summer. “I've even heard from some who have been furloughed that they're making more money now through government programs than they were at work,” says Davis. “As long as shows and carnivals are allowed to open soon I think it will be an extremely strong late summer / fall season.” 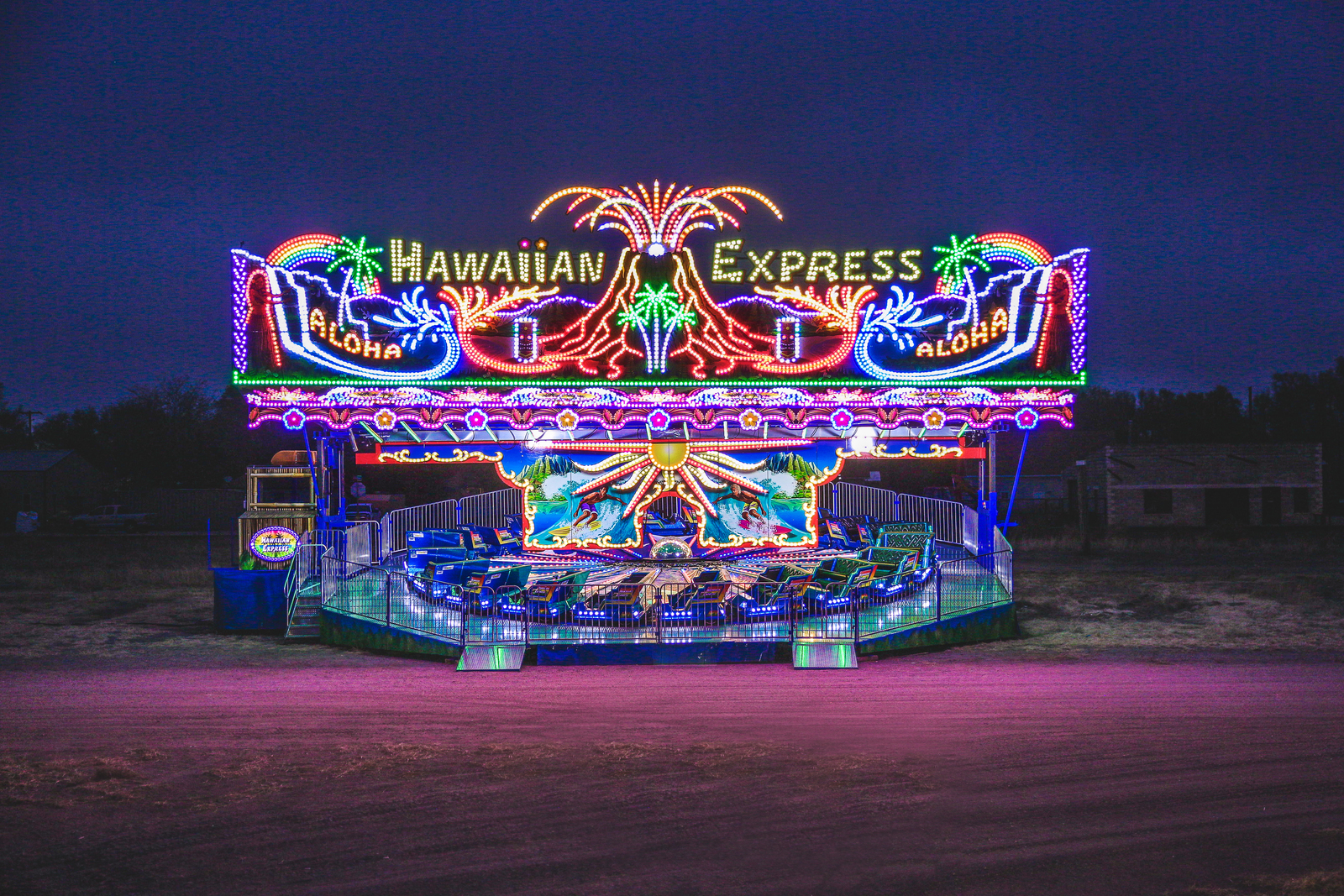 This concept is one of several different coaster concepts from Wisdom. The ride is designed to be built as a park or portable model.